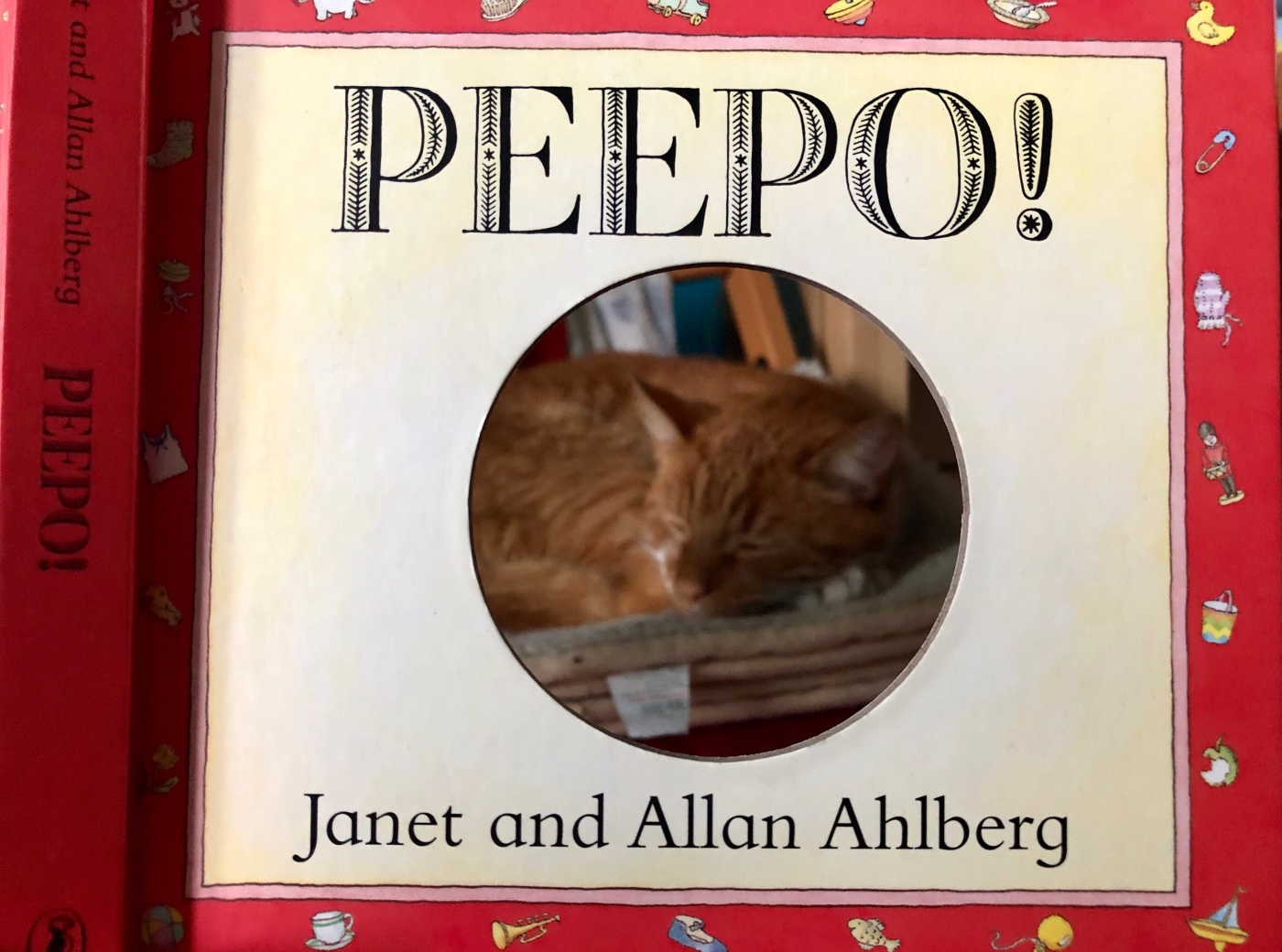 Still reading, still rounding up – albeit slightly after the fact.

I read 8 books in August, what a treat!

All are by cisgender able bodied writers again though, telling able bodied stories. More info on what they all were and what I thought below. 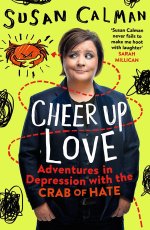 This is a memoir about depression and how the author has learned to live with it, but she does her best to bring some levity to the subject. If you like Susan Calman you will probably enjoy it. If you know someone with depression it might help you support them. And if you work on Doctor Who and are concerned about the recent Chris Chibnall rumours, it’s probably worth doing an availability check.

Why Be Happy When You Could Be Normal – Jeanette Winterson 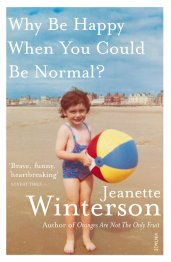 Listening to this book, read by the author, made me laugh and cry. It’s (parts of) the true story behind Oranges Are Not the Only Fruit, and the title is what Jeanette Winterson’s adoptive mother genuinely said to her when she explained that being with a female partner made her happy. It talks about her upbringing in Accrington, her relationship with her adoptive parents, how she came to be a writer and how writing a children’s book helped her climb out of a depressive period. Winterson’s recollections of her mother are often wry and ridiculous – she wouldn’t buy books to have in the house aside from the bible because ‘the trouble with books is, you don’t know what’s in them until it’s too late’ but it was OK to borrow murder mysteries out of the library because you already know you’re starting off with a body… The library was a formative place for the young Jeanette and I really liked what she had to say about that. She describes discovering Katherine Mansfield, saying that although her experiences were ‘miles away from anything I had experienced at sixteen, that was the point! Reading things that are relevant to the facts of your life is of limited value. The facts are, after all, only facts. The yearning, passionate part of you will not be met there. That is why reading ourselves as fiction as well as fact is so liberating. The wider we read, the freer we become.’ I love that. Would cross stitch on a sampler. 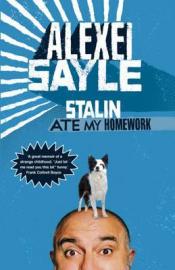 This was recommended to me some time ago when I asked for non fiction suggestions. The audiobook is narrated by Sayle himself and talks about his upbringing in a communist family in Liverpool in the 1950s and 60s. It took me a bit of time to get into as I was slightly put off by the way he talked about his mum – caricaturing her in what felt like a lazy comedy way as another ‘overbearing Jewish mum’. But as the book progressed Molly’s character did develop, as indeed did young Lexi. There’s a lot of interesting social history in here told in quite a unique way, and if you’re a fan of trains it’s worth a look as there is a lot of rail travel involved. There’s nothing about his later life as a comedian in here, it stops at the end of school – so if you’re hoping for anecdotes about The Young Ones or the alternative comedy scene in the 80s this isn’t for you. I’m assuming that stuff will be in the follow up, Thatcher Stole My Trousers.

The Island at the End of Everything – Kiran Millwood Hargrave 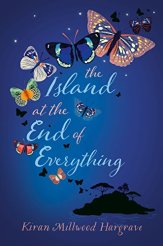 Ami lives with her mother on Culion, a beautiful island that nobody ever visits – because it is inhabited by people with leprosy. This is a story about friendship and loss and it has a horrid baddie who I really, really hated and a lot of beauty too and I enjoyed it very much. I thought it was better than her first, The Girl of Ink and Stars. So naturally excited to read The Way Past Winter now! 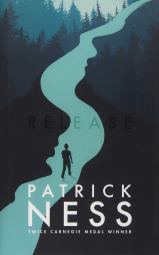 Release combines two stories – one centring on Adam, a gay teenager with homophobic parents who’s having a shitter of a day, and the other on an ancient spirit who has accidentally got entangled with a murdered girl. Absolutely standard narrative there, all the tried and tested YA tropes… I jest of course. On balance, I preferred Adam’s bits and at the beginning felt the second story detracted from the main tale but it all comes together in the end of course. If you have fond memories of Forever by Judy Blume this might be your wheelhouse.

The Art of Being Normal – Lisa Williamson 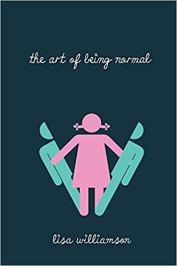 The premise of this is ‘David Piper is a teenage girl trapped in a boy’s body.’ Trouble is David is pretty sure if anyone finds out, life will become unbearable. Then one day they form an unlikely friendship with mysterious new boy Leo Denton who has his own secret… I quite enjoyed this at the time, but having seen some criticism on Goodreads from disappointed trans readers I should caveat it’s written by a straight white cis person, I think it’s pretty squarely aimed at a cis audience, and if you’re looking for a nuanced take on the complex experience of trans teens in the UK this is not really it. Williamson was inspired to write The Art of Being Normal after working at an NHS group dedicated to helping teens with gender identity issues, but some reviewers argue the character of David is actually written in a transphobic way. Whilst I don’t for a moment think that’s the intention (and at the time I personally put the weirdness around pronouns down to the fact Kate is living as David throughout the story and has only come out to a couple of people, even then not telling them she wants to be known as Kate), this is one of those situations where good intentions probably aren’t really enough. So yes, I’m not really sure how to proceed with this review. Have you read it? What did you think?

The Curious Tale of the Lady Caraboo – Catherine Johnson 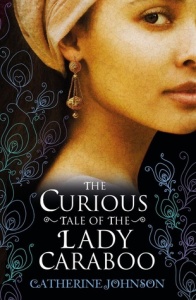 I bought this on a Twitter recommendation / whim knowing nothing about it, and I don’t want to say too much about it in case I spoil it for you! I did not realise it was based on a true story until I read the author’s note at the end. Blurb is: Out of the blue arrives an exotic young woman from a foreign land. Fearless and strong, ‘Princess’ Caraboo rises above the suspicions of the wealthy family who take her in. But who is the real Caraboo? In a world where it seems everyone is playing a role, could she be an ordinary girl with a tragic past? Is she a confidence trickster? Or is she the princess everyone wants her to be? This book is layered and dark and wry and lovely. If you’re looking for a historical quick read, check it out. 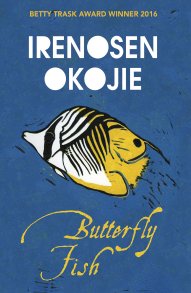 Holy moly I don’t know what to do with this one. Butterfly Fish is the type of book where you want to note down examples of the language all the time because it’s by turns visceral and beautiful – there’s a description of the swimming pool floor as ‘slippery with invisible verucas’, and during a storm ‘spiders made of water crawled on my skin’. There’s also humour – ‘a moth begins its day by laughing at me’. But overall this is a deeply sad and intense book featuring some very unhappy people and horrible events. There are multiple timelines set in Benin and London, several pretty unreliable narrators, at least two characters in the modern timeline under unbelievable mental strain and being medicated for it and then in the historical timelines a lot of magic and mystery. At some times I found the story hard to follow which I think was intentional as it was largely when Joy was in her less lucid spells, then at other points I couldn’t stop reading because I had to know what happened next. There is some dark content, including quite a lot of sexual violence which is a bit hard going at times. But I thought this was a compelling read. I would be interested to read more from Irenosen Okojie in the future, so might seek out her first book of short stories Speak Gigantular as her second (Nudibranch) isn’t out til later in the year. But I’ll probably have to read something a bit lighter first…

I wrote one poem (of sorts) in August and five blog posts. Well, I edited and scheduled them in August but they were mostly parenting things written ages ago. Still, it feels like progress to be posting things again. But I’ll not talk that up because I don’t want to set myself up for a fall.

August is festival time in Edinburgh, and this year I saw quite a few things after taking a bit of a break in 2018 due to being tired and too fat to fit into the bulk of the tiny festival chairs. On the Fringe this year I:

Took the baby to see Little Top by Starcatchers which was acrobatic and sensory and sweet.

Went to see Gillian English perform a comedy lecture called 10 Things I Hate About Taming of the Shrew which is angry and relevant and brilliant.

Saw Desiree Burch: Desiree’s Coming Early! Which was loosely themed around a trip to the Burning Man festival and unpicked the differences between storytelling and fact.

Attended a musical, Unfortunate: The Untold Story of Ursula the Sea Witch by Fat Rascal Theatre which I highly recommend, dealing with my problematic childhood fave (Disney’s) The Little Mermaid with excellent jokes, costumes and songs just different enough not to infringe any copyright law.

Endorsed a poetry show, Ross McCleary‘s Employ Me You Cowards! which had the best use of office partitions you’ll ever come across.

Laughed at The Bumswing, a stand up show by Sofie Hagen, who is a delight.

Got through a free showcase of Canadian stand ups in the Cowgate which I went to see at the last minute when I should probably have gone home. It is family tradition to see something fairly dismal and this was it.

Finally made it to Spontaneous Potter on the last night of the festival even though the Spontaneous Players are Edinburgh based and I could have gone to see them almost any time in the last three years.

I managed to get to the Edinburgh International Book Festival too, where I saw Sofie Hagen for the first time (whose book I loved last month) and In The Words of Muslim Women with Nadine Aisha Jassat, Mariam Khan and Amna Saleem, some of the authors involved in It’s Not About The Burqa which is now firmly on the TBR pile. 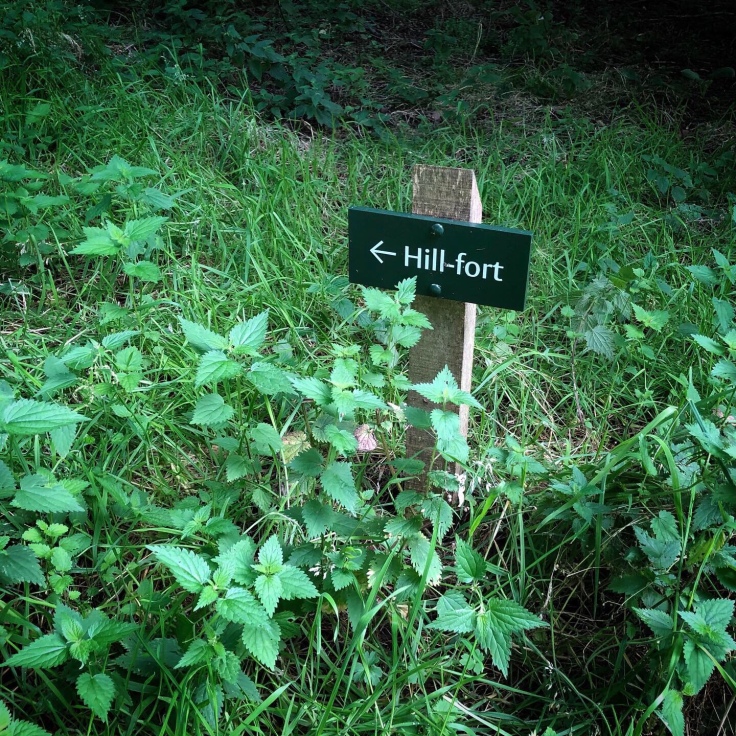 In non-festival related life I also climbed Chesters Hill Fort, drank many coffees with my sister, swam in Portobello, and failed to have a picnic in Dalkeith Country Park… oh yes and took the baby to nursery every day for two weeks, gradually building up time there to ready him starting properly in September before I go back to work in October!

Holy moly but the past year has gone fast. *cries softly*