Read Me A Story – Some Pros and Cons of Audible 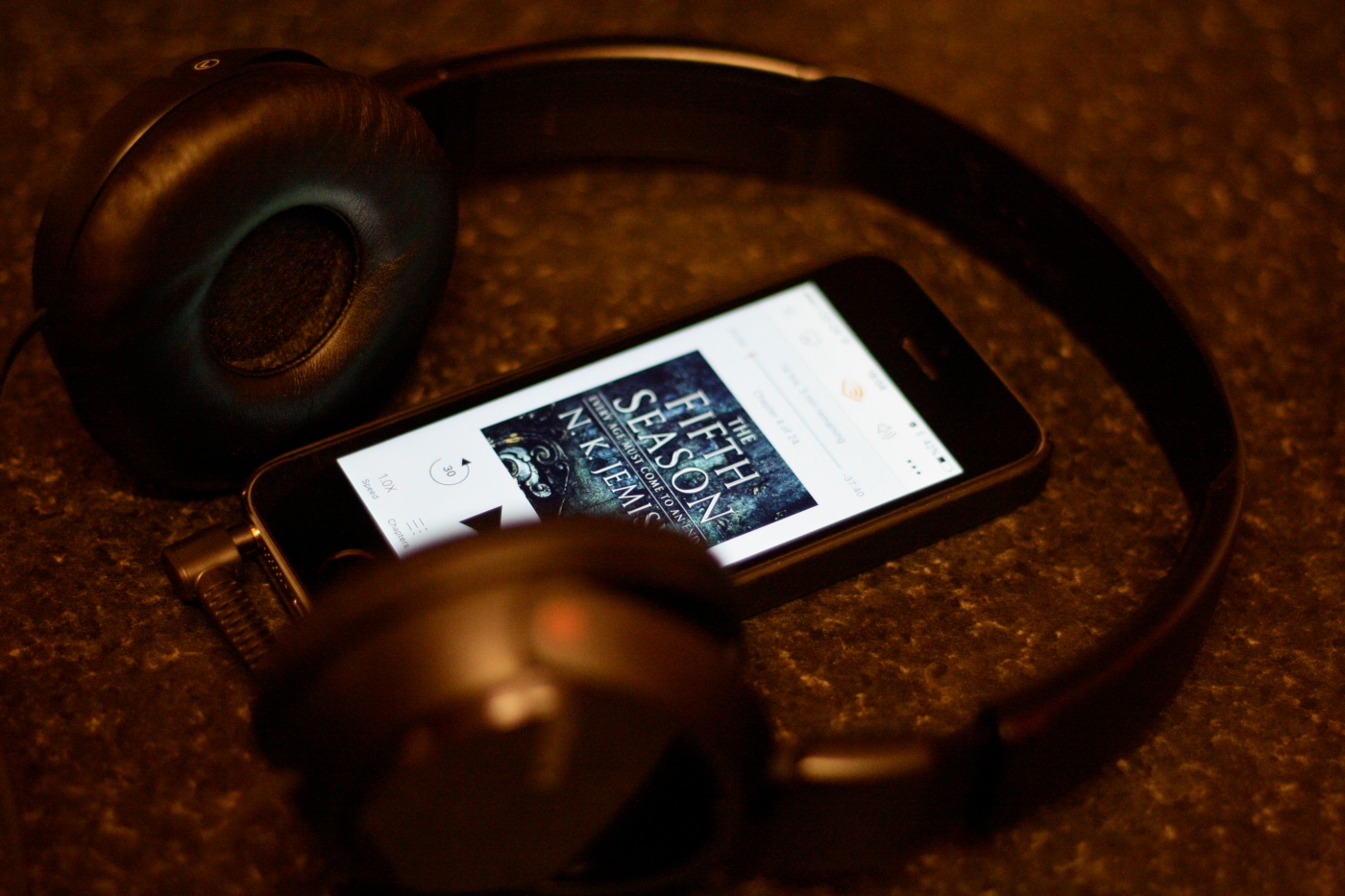 When I was a child I listened to loads of books on tape. Some came from the library (The Pinballs by Betsy Byars and a compilation of fairy tales from around the world including Baba Yaga and The Tongue-Cut Sparrow were borrowed multiple times). Others were owned and shared by my sister and I, and listened to again and again. Amongst these were George’s Marvellous Medicine and the Narnia books. I loved the whole series, but The Horse and his Boy was a favourite for reasons that escape me now. Maybe just because that one was definitely ‘mine’ – I was quite possessive.

I’m not sure when I grew out of listening to books on tape. It might’ve been around about the time I had my ill-advised Backstreet Boys phase. From then on it was music all the way, although I moved on from the BSB fairly quickly, getting into indie by way of Britpop, then nu-metal, metal, punk, ska and post punk. It was quite a journey. Having said that, if I hear a whisper of Everybody (Backstreet’s Back) I will still belt it out and you can’t stop me.

Fast-forward to April 2016, a point at which I was beating myself up about the fact I wasn’t reading widely enough. This happens often. It’s hard to reconcile yourself to the fact you’ll never be able to read everything you want to. Unfortunately this was exacerbated by the fact I was often too tired at night for any words to sink in, and also I felt guilty for enjoying myself with a book when I should have been writing one of my own. Yes, I realise these are first world problems. Those are the only kind I have.

Eventually I hit upon the notion of listening to audiobooks as a way to help me read more. I was walking for about 1.5 – 2 hours a day to get to and from work, why not use that time productively?

I did a bit of research as to the best way to score myself some sweet audiobooks now that cassettes were no longer a thing. The library catalogue had some books on CD, but the choice was limited to mainly crime and romance. Neither of those is really my bag. It transpired that you could buy some audiobooks via iTunes, but again the choice was limited and quite pricey. The internet kept suggesting Audible – a service where you pay a monthly membership fee and get one book a month, which you can download to your phone.

You can trial it for one month for free, which I duly did by downloading A Wizard of Earthsea (which, to my shame, I had never read). Ten months later I am very much a fan, but I thought I would outline some of the pros and cons for anyone who might be swithering, as I was, on whether this is worth their time.

The price is pretty good. Membership is £7.99 a month, and for that you get one credit, which gets you one book. It will depend on what you’re listening to and how much time you give it, but one book a month is about right for me listening 1-2 hours a day on weekdays and occasionally at weekends. £7.99 is a price I regularly pay for a paperback anyway, but it’s quite a lot cheaper than you can end up paying for a book on CD/download (these seem to be anywhere up to £35).

Listening to an audiobook is a good way to help you walk more without really thinking about it. Several times I’ve been really engrossed in the story, so I’ve walked round the block a few times in order to get to the end of a chapter before going home. Particularly useful for those readers who have ambitious step goals as a result of Christmas fitbits…

If you’re a speed-reader like me, listening to a book forces you to slow down and pay attention to detail. It makes reading a more immersive experience too, especially if you’re low on time to curl up in the quiet and really sink into a story.

In spite of these pros, part of me couldn’t help thinking I ought to feel bad about loving Audible – mainly because Amazon owns it. It seems hardly a month goes by when those guys aren’t the subject of an article or petition about their behaviour towards self-published authors or small publishers, not to mention their own employees. But you know, I also have a kindle. In fact, I wrote a whole series of blog posts about whether or not you should buy a kindle, and my conclusion was a definitive yes. On this matter I am totally in thrall to the dark side, and definitely an Audible convert. Still, there are a few cons I’d caveat.

Some books are easier to process on paper than when you’re listening to them. I have two specific examples:

It is worth reading reviews of the narration as opposed to the plot of the book itself, as it impacts massively on your experience. The clearest example I have of this is Who Fears Death by Nnedi Okorafor, narrated by Anne Flosnik. This is a brilliant SF story set in a future post-apocalyptic Sudan, but for some reason the actor narrating is white and English. Although she reads in character throughout, she very occasionally slips – and it’s incredibly noticeable when she does. Similarly for each chapter heading she reverts from an African accent to a clipped English one, and it really pulled me out of the story each time. I’ve got no idea why they didn’t cast an actor of colour to read this, and it’s testament to the strength of the writing that I carried on to the end. I highly recommend this book if you’re looking for gripping SF though.

Conversely Anna Bentinck’s narration of Elizabeth Is Missing by Emma Healey is absolutely spot on, and I think listening to that book gave me a much deeper appreciation of the story than I might have had if I’d read it on the page. The narrator is crucial, is what I’m saying.

I know algorithms are not that sophisticated, but hear me out.

So why, for the love of marmalade, when I am providing them with data that clearly demonstrates I am interested in reading women, would they continually and exclusively recommend me Nutshell by Ian McEwan?! I am actively not looking for another white man’s hot take on the uniquely female experience of carrying a sexist male fetus, thanks. Brenna Clarke Gray’s take on his take is worth your time though.

Overall then, I have had a good experience with Audible, and I would recommend it to a friend. In fact I have recommended it to several.

Do you listen to audiobooks? Got a better way to do it? Drop me a comment, whydoncha.