How to Recommend A Book

Happy World Book Night! Yes, it’s back, the annual event that sees volunteers give out free books to encourage a love of reading. However, this year (2017, fact fans) The Reading Agency has approached things a little differently. Rather than distributing free copies of Cloud Atlas willy nilly like a benevolent bookish Easter Bunny, they have stated their intent to be targeted, matching books with specific groups in society who may not read much. 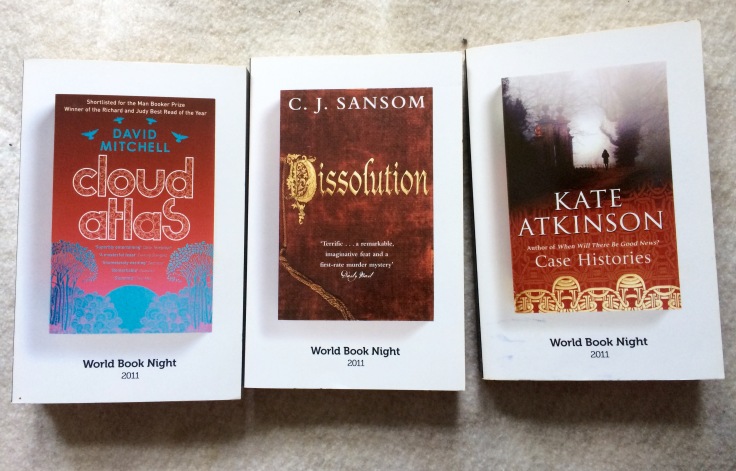 I know this because I saw a tweet asking “What book would you give to someone who doesn’t usually read?”, which is just the kind of clickbait that gets me going. Rawr.

I think it’s really important and helpful the Reading Agency have defined their terms in this way. It’s all well and good to want to encourage a love of books and reading, but that remit is pretty vague. Setting targets of specifically who they want to encourage helps you to think a bit more deeply about recommendations, as well as the barriers some people face when it comes to reading.

The truth is, I wax lyrical about favourite books to other book loving people all the time, but that doesn’t spread the love to new audiences – it stays in my personally curated echo chamber of book love. Meanwhile, outside that bubble, it turns out not everyone else is regularly reporting their progress through IQ84 on Goodreads. In fact, they’re more in the school of ‘quietly beginning to discard actual words for emoji’ whilst councils sneakily close libraries due to budget cuts.

Having looked at the list above, there are maybe one or two groups I could recommend a book to without thinking too hard. ‘Young people who don’t read for pleasure’ will be strongly advised to read Mr Gum, obvs. ‘Less confident adult readers or those who don’t read for pleasure’ will also be advised to read Mr Gum. They may then be subjected to my graphic novel recs too – possibly Bitch Planet. And I might preach the merits of Audible because listening to someone read whilst you go for a walk or do the hoovering is a bit less intimidating than doing it yourself.

There are some groups on the list I’d need to think about more carefully, though. One way of doing this is by nicking a technique from usability testing (UX).

UX testing is something digital professionals do to ensure web and social media content is right for their users. It’s all about making sure people can easily access the information they want as quickly and easily as possible. There are lots of different exercises, one of which involves developing user profiles to help companies put themselves in the position of someone that might need their service. 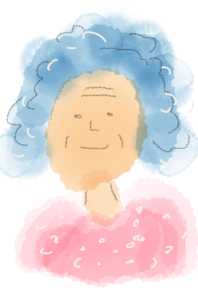 ‘Jenny is 81 years old. She lives alone at the top of a block of flats where the lift doesn’t always work. When it’s out of order, Jenny is unable to leave her flat as she can’t manage the stairs anymore. Her daughter moved to Australia three years ago, but they keep in touch by email, and she is visited twice a week by home help who brings her shopping and the newspaper. Jenny doesn’t read a lot as her eyesight is failing and she finds it difficult to concentrate for long stretches of time. She does watch a lot of old movies on TCM and Talking Pictures TV. She particularly likes screwball comedies from the 1930s and 40s, and her favourite is Arsenic and Old Lace. She also likes watching re-runs of detective series like Poirot and Cadfael.’

You then need to imagine what it’s like to be Jenny, the issues she faces, and what type of books she might be into so that you can make your book recommendation(s).

Based on her preferred film and TV choices she probably won’t want to read anything particularly risqué, and nothing too dense either. You could try Agatha Christie, M.C.Beaton, Dorothy Sayer, Georgette Heyer or Ellis Peters. For something more recent, she might quite like something like The Hundred Year Old Man Who Climbed Out The Window and Disappeared by Jonas Jonasson.

Other things to consider – her eyes are going so she might be better with a large print version of whatever you go for. This is limiting if Jenny doesn’t have an e-Reader, as print runs of LP books are costly and limited – but if she keeps in touch with her daughter by email perhaps she has a tablet or computer she could read on? She isn’t very mobile – does her local library have a house bound reader service? If not is there something that can be done about that?

Know Your Audience So You Can Relate

In short then, coming up with user profiles is a way to put yourself in someone else’s shoes. I think this is an important thing to be able to do generally, but especially if you have any aspirations of being a writer because of course this is a technique you can also use in fiction writing. It can help you think about how characters would behave in certain situations and the barriers they face in their daily lives, giving you a more three dimensional viewpoint.

I suppose the main takeaway here is that different people have different experiences of books and reading, and it’s useful to think about that now and again. Maybe it will help you read and write more diversely.

So, what book would you give to someone who doesn’t usually read this World Book Night?