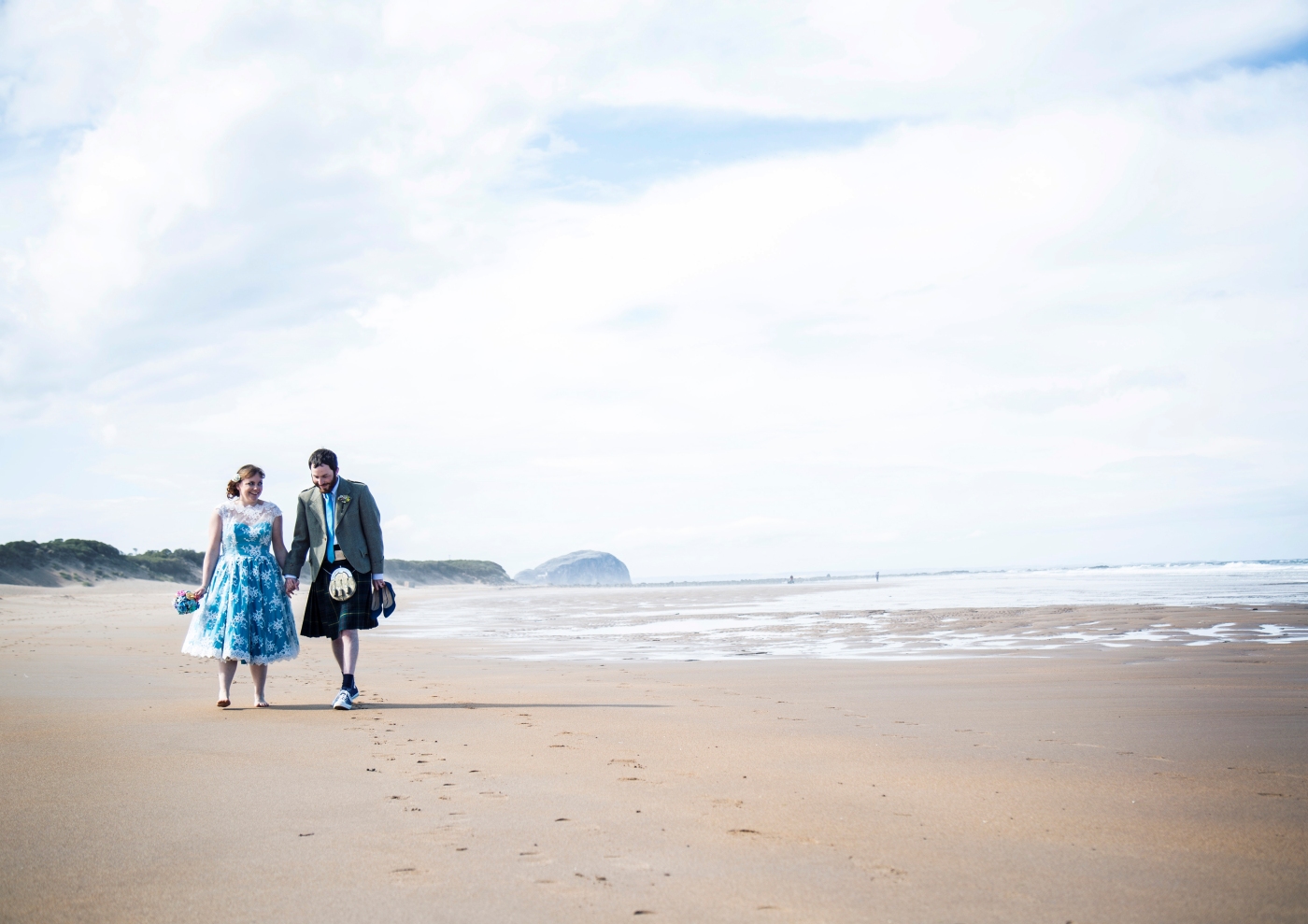 Eight years ago today I got together with my partner following a house party where we saved a woman from probable death by hypothermia and/or kelpies, much to her chagrin. One year ago yesterday, we got married on a beach in East Lothian. I meant to blog about it then, but time got away from me. 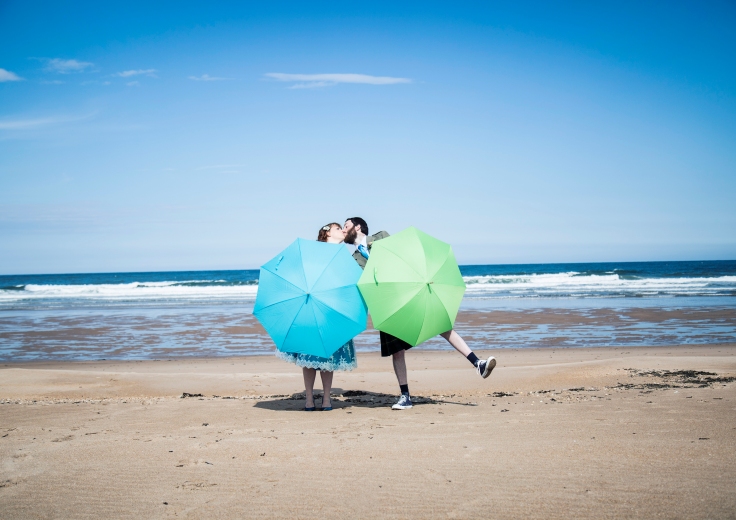 We met at university nearly eleven years ago, through a satirical student paper called The Chihuahua. He was the editor, I was a first time contributor – it was basically His Girl Friday. Except it was nothing like that. Our main interaction was meeting in the pub every few weeks with a group of like-minded nerds, and we’d sit around trying to write something that would make the others laugh. We still do that today, although sometimes we also hold hands now. Jim The Registrar, who married us last May, was giggling so much at our wedding vows that he missed out introducing one of the readings in our ceremony…

Since we’ve been together, we’ve continued to write, although we’ve gone in different directions. He works as a freelance journalist but has also written for radio and theatre, written sketches and stand up comedy, and in recent years has turned to poetry. I’ve stuck mainly to journalism, short stories and novels. Our very particular set of skills meant that when we decided to get married, there was no way in hell we could afford to spend £12,000 (allegedly the UK average) on a big wedding. Neither would we want to.

Initially when we thought about what we would do in an ideal financial situation (ie one where neither of us was a writer, living on a salary of goodwill and rejection slips), we thought we would go back to St Andrews, where we met. This proved to be outwith our budget, so we downsized to East Lothian, which is nearer to where we live, and more reasonably priced. 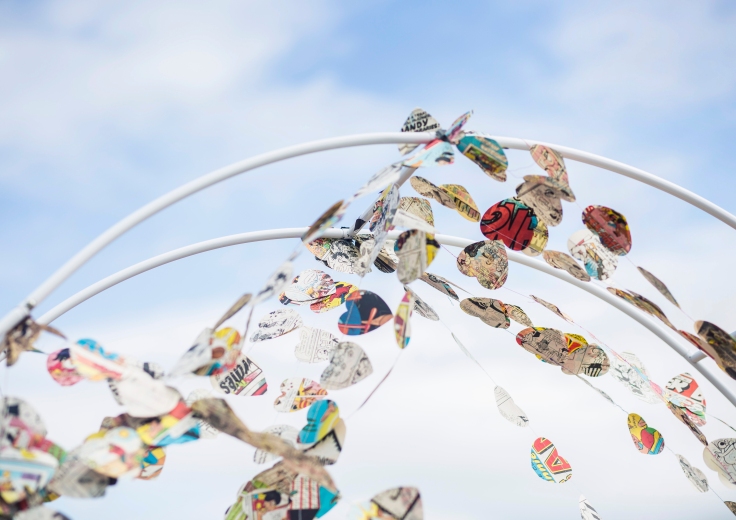 We got married on the beach underneath an archway decorated with paper hearts cut from old copies of the Beano, a comic we both read as kids. Traditional Scottish weddings tend to have a bagpiper on hand to play the bridal party in, but we opted to give each of our guests a kazoo instead. They piped the bridesmaids down the aisle to the Jurassic Park theme, seamlessly segueing into The Final Countdown for me. We exchanged vows, had two readings (part of Letters to a Young Poet by Ranier Rilke and A Vow by Wendy Cope), and did our best not to get fountain pen on us. Jim The Registrar was very clear on that point – it doesn’t wash out, you know.

We wanted to make the wedding reflective of us, so there were nods to our shared interests of writing and comics, to his love of Doctor Who, and my fondness for bright colours. We couldn’t have done it without lashings of help from family and friends – both in the run up and on the day itself.

Stuff we couldn’t have done without help: 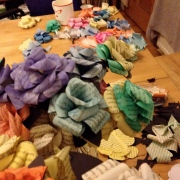 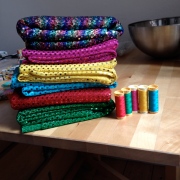 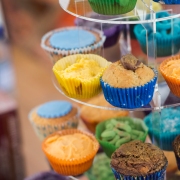 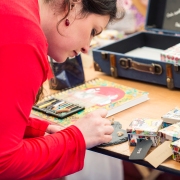 So essentially, when writers wed, they call in all the favours they can. Or at least, that’s how we did it.

My now-husband said something in his speech that might resonate if you regard yourself as a typically introverted writer. He said, ‘Ali and I sometimes have a tendency to think that it’s just us against the world. But seeing you all here today to support us, having you help along the way, just goes to show that’s really not the case.’

PS more photos are available on Carley Buick’s blog.  She is very good.

4 thoughts on “When Writers Wed”