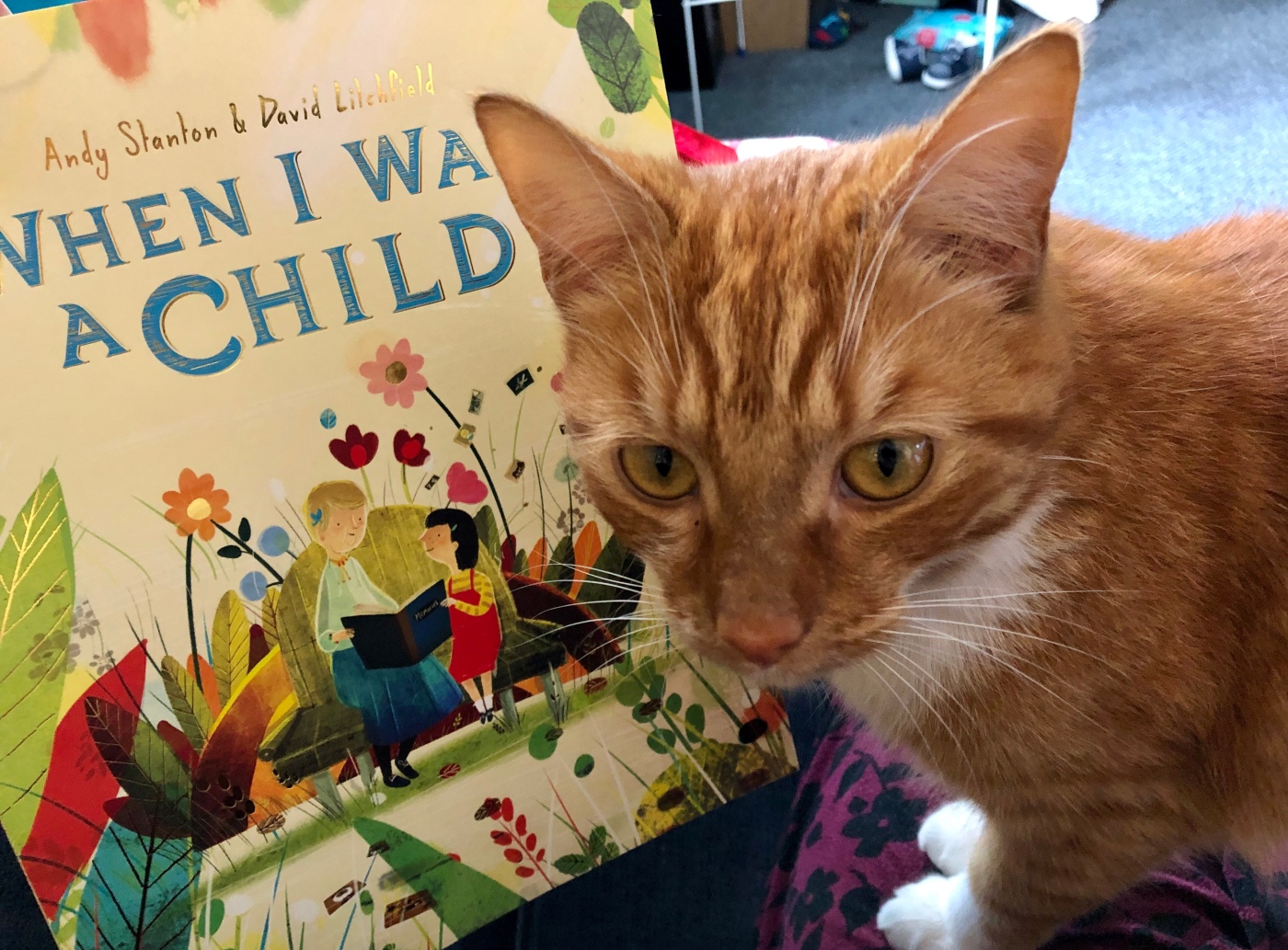 Back in January I predicted I would give up documenting my readerly wheelings and dealings around April but the joke’s on me because I’ve already written most of May, and it’s not even the middle of June yet! In your face, past Ali.

I read 2 books in April, so pretty slowed down in comparison to March. Both were fantasy novels by women, one American and one British Chinese. I think both writers are able bodied, cis and heterosexual and the books were both focused on able bodied straight cis white characters.

Didn’t finish any! Usually I listen to Audible when the small one falls asleep on long walks, but a combination of outings with other humans and the baby napping in bed beside me during the day meant less time to whack in my headphones.

The first in a trilogy, Shadow and Bone is a fun YA tale of a mousey young girl who turns out to be More Than She Seems. This is an easy read with magic and monsters in a fantasy world with a passing resemblance to Imperial Russia. I feel like I am saying this a lot at the moment but it’s the kind of escapism my tired mum brain needs just now and I’ll definitely get onto the next two – the only reason I’ve not bought them yet is that I’m still reading at night on the kindle app and the digital version of Siege and Storm is currently unavailable.

Under the Pendulum Sun – Jeanette Ng

This put me in mind of Jonathan Strange and Mr Norrell and The Book of Strange New Things. Cathy Helstone travels to Arcadia, land of the fae, to find her brother who is a missionary there. Weird shiz ensues because the fae like to mess with human minds. This book is quite gothic but also a bit more literary and slow paced than my previous run of high octane flim flam – it’s good, but a bit more work required than I was up for putting in really.

I wrote not a lot in April, but did get a rejection which means I must have submitted something at some point. Well done me. This month I certainly wrote down some places I might consider submitting to, although I missed at least two of the deadlines. And I drafted some blog posts which I failed to finish or publish. Fairly poor show overall, but pleading life with a tiny person dependent on me for all things…

April felt like quite a busy month for baby things. Child figured out how to sit up for up to a few minutes without falling over, we started weaning onto solid food, and had a go on swings for the first time. We also had a bunch of social engagements including visits to both sets of grandparents, a trip to IKEA and one to Dirleton Castle. And we attempted to finish decorating his room only to find a load of black mould in one corner. 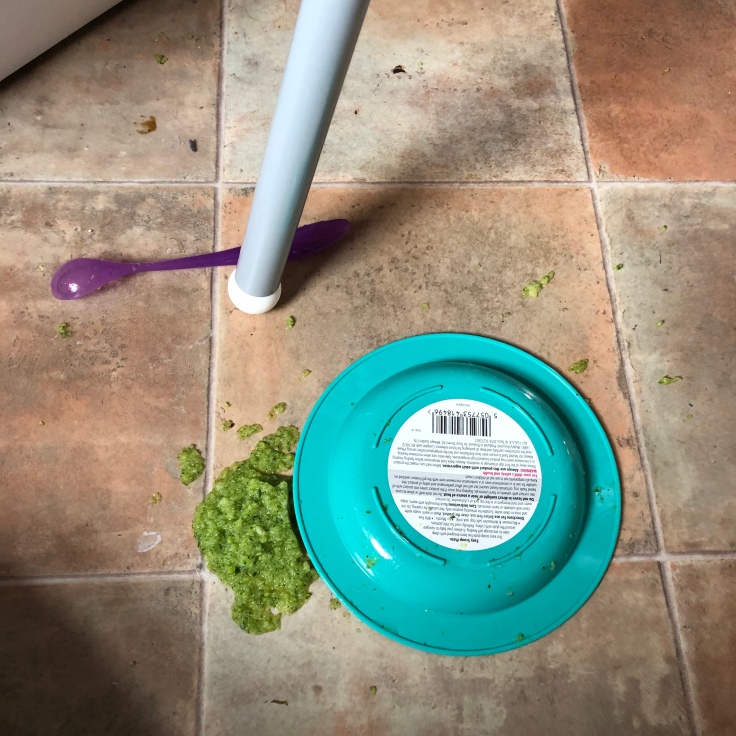 I also made an enormous sponge cake. The picture doesn’t do it justice. This is noteworthy not because it was particularly good but because I was able to do it when the bairn was awake and in my sole custody. It felt like a bit of a revelation to be honest. 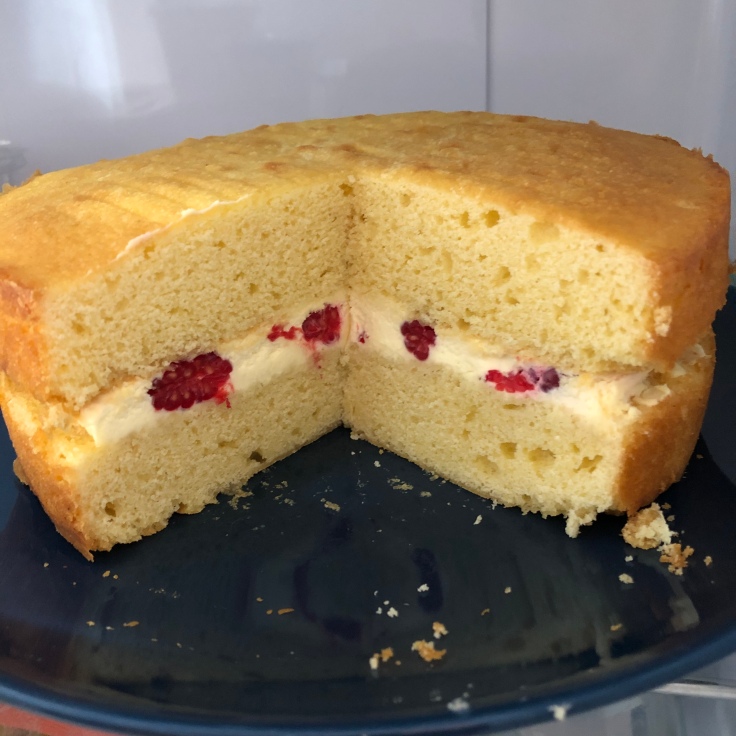 We spent some time in the garden trying to find the cat, who is a master of disguise. Where could he possibly be? This gave the baby the opportunity to eat a large quantity of our very long grass. Win-win. 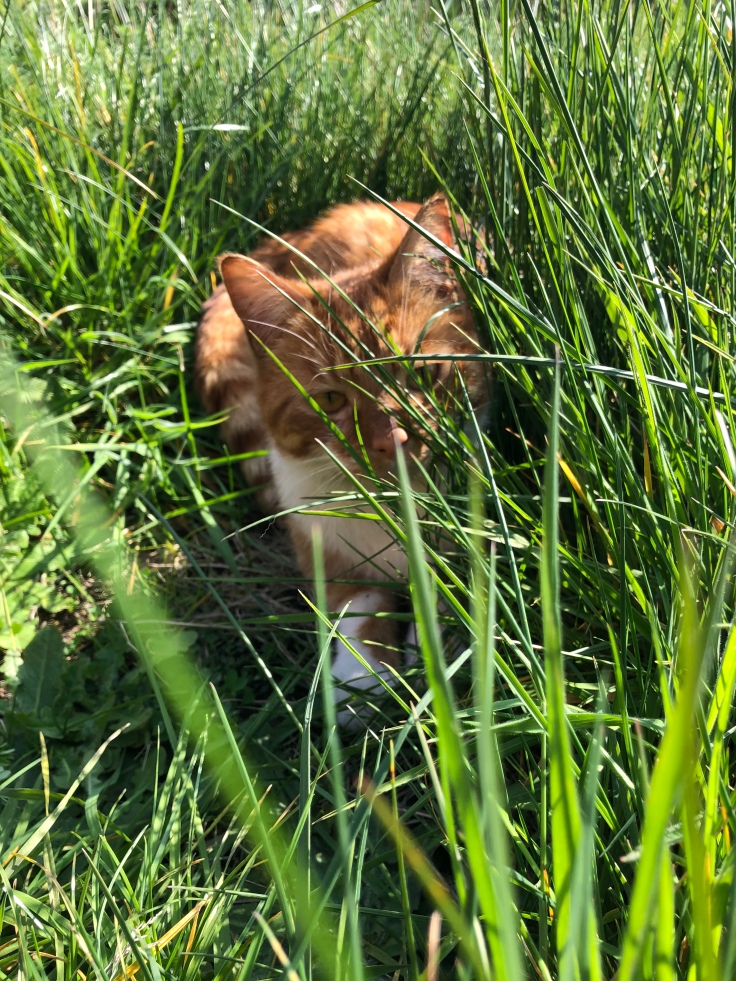 One of my very dear friends came up to Scotland for a visit in April and we got to go to a pub sans baby and have an actual beer (and a half!) like grown ups which was extremely exciting. The beer was Gamma Ray, should you be interested, and I enjoyed the glass particularly. 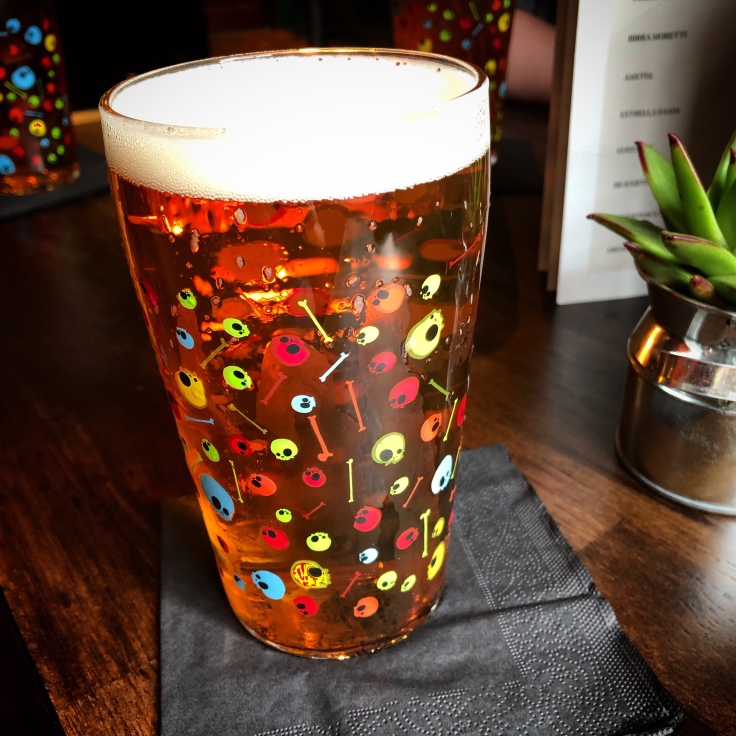 The same friend also pointed out that when the baby falls asleep in the car, rather than trying to move inside and causing a scene, I could always just stay there til the nap is over. Genuine game changer folks. We don’t have our own space and often end up parked a fair distance from our flat, and I’ve been trying to manoeuvre the car seat indoors without waking the sleeping beast which has worked literally one time. Just letting the baby finish sleeping had not occurred to me – but it totally works. Plus the first time I tried it I was in my sister’s driveway and got a delivery of fruit and tea through the car window. What a month! 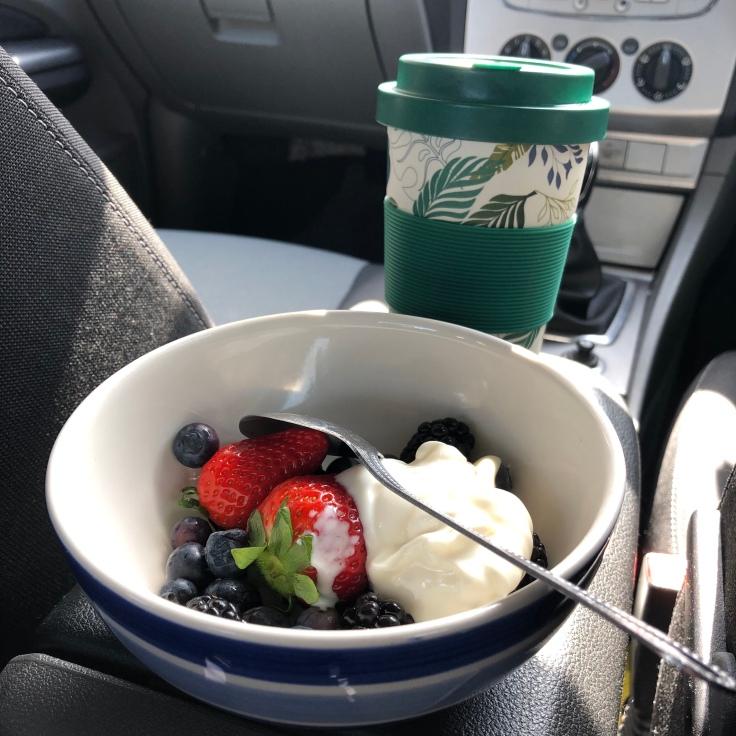