Words On The Street

Last week Terry Gilliam (yes, he of Monty Python, Brazil and Time Bandits fame – as if there could be another) visited Edinburgh to unveil a 10-metre long illuminated quotation from Miguel de Cervantes’ Don Quixote. As you do.

This wasn’t a completely random act, of course. Gilliam was here to promote the latest project by Edinburgh UNESCO City of Literature Trust, Words on the Street. The idea of this is to ‘celebrate the power great books have to inspire great artists and Edinburgh’s strength as a centre for books and publishing.’

The City of Literature Trust are asking people to share their own #wordsonthestreet spotted in unexpected places. Edinburgh is great for this sort of thing: the Scottish Parliament has lots of poetry carved on the side, there are monuments to a bajillion writers including Walter Scott, Robert Burns and Arthur Conan Doyle scattered across the city – but to be honest my favourite ones are usually random graffiti.

I’ve always liked collecting strange words and phrases. Sometimes I use them in stories, mostly I just share them on social media. Still, this seems like the perfect time to share a few favourites! 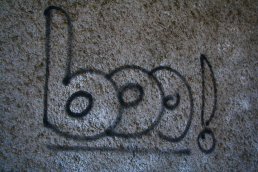 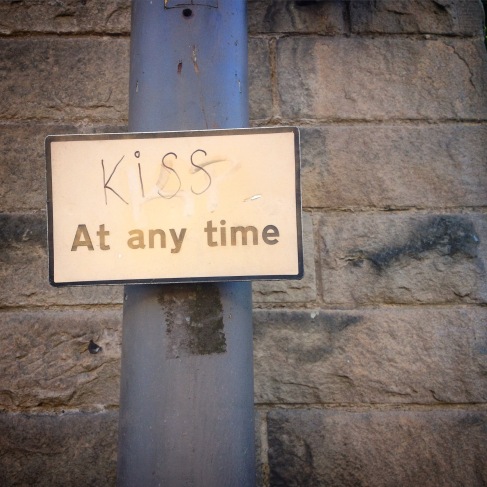 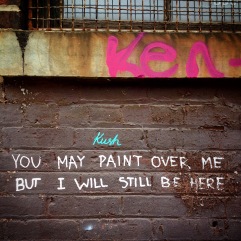 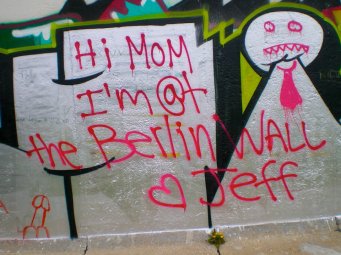 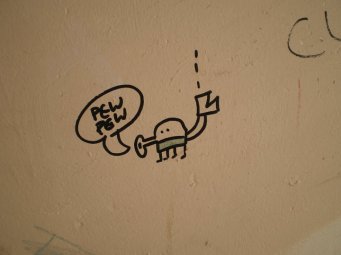 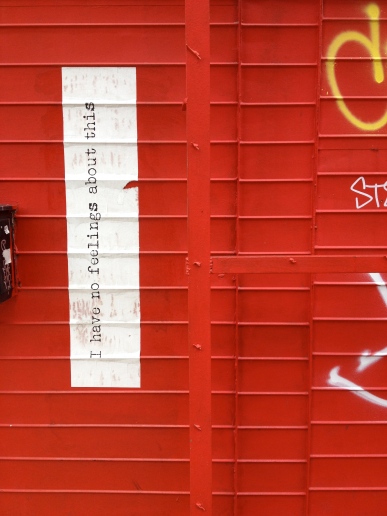 If you too have a strange selection of words you’ve found on the street, in Edinburgh or further afield – or if you’ve spotted some literary gem (which I think is actually the point), why not tweet them using the tag #wordsonthestreet.

If you have room, you should also tag @edincityoflit whose idea this was!