When you pick up a book, do you think about the gender of the author?

I’m asking partly because it’s International Women’s Day and this year’s theme is Be Bold For Change, so it seems like a good time to aggressively question you all. But I’m also interested because almost a year ago, I put out a request on the 12 Books social media grapevine asking people to tell me what they were reading. I did this hoping to find out whether the piss-poor stats for women authors that I was reading in Mslexia and The Guardian reflected the tastes of my male friends and social media followers.

According to various studies and statistics, even though women buy more books than men, male authors are more likely to be given publishing deals, they dominate prizewinning author lists, and their books get more reviews than those written by women. This is why we have things like the Read Women campaign, and magazines and prizes set up specifically to support women. 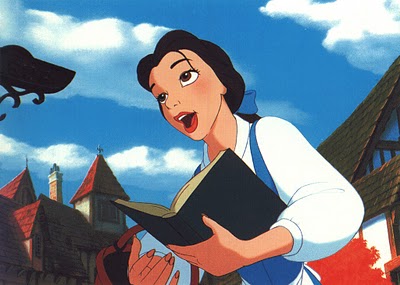 ‘But can it really be true?’ I hear you cry. ‘J.K.Rowling is a woman and she’s a megastar who I have definitely read books by and not just seen the films – and all she had to do when starting out was use her initials as a pen name so that boys wouldn’t be put off. And now she has a whole other crime writing career which involved going the whole hog and writing as a man! Wait, OK, maybe she is not such a good example… BUT, a woman won the Booker last year and she wasn’t even British or American. Women are having a rare old time in publishing these days, yesirree Bob.’

Well, quite. That’s why I turned to my friends and acquaintances of the internet to find out whether their reading choices were right on and female-friendly.

I had 69 responses (fnar) to my very scientific poll, which consisted of posting on Facebook, Twitter and Instagram to ask people what were the last 5 books they read. Of the respondents in my sample, I know 38 readers identify as male, 26 as female, and 5 I don’t know in person so would not presume.

Between them, these voracious readers gave me 342 titles that had been entertaining them lately. This is why it took me a bit longer than anticipated to crunch those numbers… Anyway.

This suggests that my reader sample, which was 55% male and 38% female, are all picking up more books by dudes. Nothing wrong with that of course, but is it time to make some conscious decision to read more women? I mean look, the world’s population is almost certainly more than 33% women. So yeah, possibly you should make a bit more of an effort to read something from their perspective.

Far more alarming though, in this PC era of inclusivity and representation, was the fact that:

I went into why representation matters in quite a bit of detail in yesterday’s post – but essentially the TL;DR is that reading points of view by people who aren’t like you (or like a white bloke) is totally great and you should try it.

OK fine but who was the most popular though?

32 author names appeared in my spreadsheet more than once. Of these, 22 were male and 10 were female. Your absolute faves, with 6 entries each, were both dudes – although excitingly not both Caucasian dudes – Haruki Murakami and David Mitchell (not the comedian the other one). Yay representation!

There were 7 authors who had 4 or more separate titles appear in the list. Again the weighting was in favour of caucasians with testicles – 5 male, and 2 female. They were Terry Pratchett, Stan Lee, Roald Dahl, Ursula Le Guin, Agatha Christie, and the aforementioned Haruki Murakami and David Mitchell.

Just 5 titles appeared more than once, this time with only a slight sausage bias. These were:

All of these were mentioned by 2 people each, which can largely be explained by the fact these were books in the public consciousness at the time. The film of The Martian came out around the time I conducted this survey, The Vegetarian was being talked about and won the Man Booker Prize just after it, and A Long Way to a Small Angry Planet was longlisted for the Baileys Prize. I’m not sure what was happening with Mingarelli and Ishiguro – drop me a comment if you know!

So, what have we learned?

VIDA was right, we are all kind of sexist and racist. That or we’re just not really thinking about our reading choices in terms of race and gender, thereby accidentally perpetuating outdated publishing notions that people only want to read books by white men.

With that in mind, for International Women’s Day it would be pretty awesome if we could all commit to adding some books by women, especially BAME (Black, Asian, Minority Ethnic) women, to our reading lists for 2017, yeah? I have some recommendations below, and a massive TBR pile too (including all the books in the feature image), but I would bloody love to get your additions nonetheless. Please leave me a comment.