The Scottish Book Trust and BBC Scotland recently conducted a poll to determine Scotland’s Favourite Book. Scotland, I do not agree with the choice we made. So much so that I felt compelled to blog about it. Blogging effects change, right? This is basically the National Collective all over again.

Anyway, in this poll, you had to choose from a pre-determined longlist of titles (17 by men, 13 by women just in case you’re curious). Said list featured a number of TBRs, and several books I’ve read and enjoyed, but didn’t really include any favourites. I voted, but I actually can’t remember who for. I suspect it was probably Life After Life by Kate Atkinson because I love her, but it’s possible I gave it to Muriel Spark and The Prime of Miss Jean Brodie. The latter made the top 10, the former didn’t. 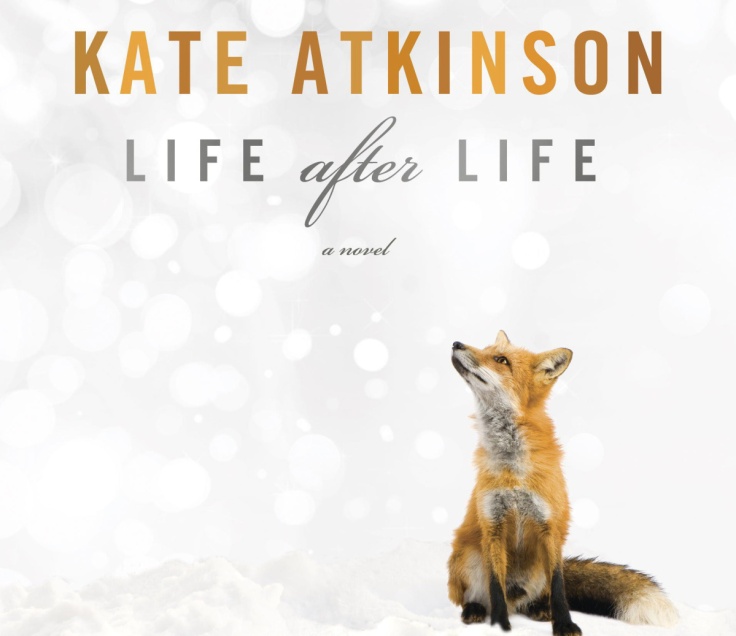 But what won, I hear those of you who didn’t tune in to the exciting announcement on BBC Scotland on a Monday night cry? Well, as several people proceeded to mention on social media channels, it was the same book that always seems to win this poll, and one whose popularity really makes me question myself. As I sat and listened to the First Minister wax lyrical about the pure amazingness of Sunset Song, I really wasn’t sure whether she’d read the same book as I did. I ended up sending some of my pals a message to double check it was the same book we read (and hated) for our Higher English. 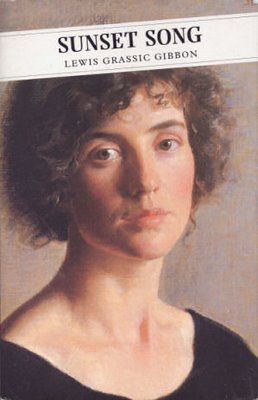 Now, I am not the sort of person who feels that a book is ruined by studying it. I loved English at school, I continued to study it for my first two years of university, and the act of close reading has never made me hate a text. My dislike of Sunset Song is based largely on the fact that the main character, Chris Guthrie, never sticks up for herself, and that the takeaway message consists of – in the words of one of the aforementioned pals who also hated it – “life is shit but you love the land, och noo.”

“Pretty sure we got made to go and see a production of it. I fell asleep halfway through and awoke to the sound of bagpipes. An actual living nightmare.” – my friend on the subject of Sunset Song.

For me, Sunset Song felt parochial, a reducing of Scotland to something less than it is, and Chris was about a million miles from the type of heroine I wanted in my fiction as a teenager. She was totally at the mercy of men – not least the author, who is completely unrelenting in his treatment of her. The book opens with her mother committing suicide and infanticide and goes downhill from there. Her brother abandons her to a psycho dad who tries to force her into incest, she’s bright enough to get a career and escape – if only for a couple of years – but decides it’s for her because she’d rather get married and carry on farming, which might have been OK I guess (different strokes, etc) were it not for the fact the husband comes back from the war a changed man and is briefly massively abusive, before heading back and being killed. And what does Chris do throughout all this? Puts up and shuts up because she loves semi-fictional Aberdeenshire so much. If  is this truly the best proto-feminist heroine Scottish literature has to offer, wake me up when we get to Morvern Callar.

The rest of the top ten as voted for by We The Public was less objectionable (although slightly alarming that when we got hold of this the gender balance carefully engineered by SBT went from fairly even to a sausage fest – eight male authors in the Top 10 and two female, eight male protagonists and two female). It featured five books I’ve read and three further things we have in the house which are on my ‘to read’ pile. Those are The Wasp Factory (2), Lanark (3), and Trainspotting (7). Based on the BBC’s VT alone I’m confident these are all more deserving of the top spot.

As you may have guessed, there’s a good deal of Scottish fiction which I’ve read and would rate higher than Sunset Song. To be scientific about this, I’ve taken a picture of a pile of the ones that were immediately obvious in a quick look round my flat – see below. The Cutting Room was on the longlist, as was Morvern Callar, but the other stuff wisane.

In case these titles are unfamiliar: The Ossians is a really enjoyable trip around Scotland with a drug addled indie band, The Incredible Adam Spark is sort of like what you’d get if The Curious Incident of the Dog in the Night Time was set in Falkirk, and The Sunlight Pilgrims is a really lovely take on life in Scottish caravan park in a freak ice age. Ross McCleary, author of Portrait of the Artist as a Viable Alternative to Death, Helen McClory who wrote On The Edges of Vision and Catriona Child who wrote Trackman are relatively new talents and I don’t suppose they’d expect to feature in a list alongside writers at the level of Jackie Kay or Walter Scott at this point in their careers – but I enjoyed all their books more than Sunset Song. If any of you are reading this, feel free to quote me on that.

Also, as a side note, if any of the expert panel who picked the longlist happen to be reading – how come you picked Life After Life as the Kate Atkinson one? Is it the awards? Or have you not read Emotionally Weird, which is set in Dundee and St Andrews and is a far more ‘Scottish’ book?

And Scotland, why didn’t you vote for Kate Atkinson? Is it because the expert panel nominated Life After Life, which although an excellent book is not ‘Scottish’ in the same way as Emotionally Weird? Fair play pals, I agree.

FURTHERMORE, worried this rant might not be long enough, I took a picture of Scottish books in my flat which I haven’t read yet, but fully expect to be better than Sunset Song (even if they are mediocre at best.)  A Portable Shelter by Kirsty Logan, Fishnet by Kirstin Innes, The Daemon Parallel by Roy Gill (sequel to the excellent Werewolf Parallel which I thoroughly recommend), Infinite Ground by Martin MacInnes, Moon Cop by Tom Gauld, The Blue Book by A.L.Kennedy and The Comet Seekers by Helen Sedgwick.

I would even go so far as to say that Manifest Destiny, the Official History of St Johnstone Football Club 1885 -2015, a book which I will almost certainly never read, is objectively 10,000 times better than Sunset Song. At least there’ll be a bit of pacing in it.

So, what Scottish fiction do you prefer to Gibbon? Would you like to mount a spirited defence of Sunset Song? I am at the point of thinking maybe I should re-read it, since every other bugger loves it so much – so I would be keen to know whether it only got in because people know the name from school reading lists, or whether I’m missing something. Drop me a comment and let me know!