How To Make a Book Christmas Tree (blogmas day twelvety)

Unable or unwilling to get a real Christmas tree this year? Here’s yet another blog post on how to make one out of books.

Pick a space to build your tree. We don’t have much room in our new house, so ours is on the storage boxes in the corner of the living room, in front of the dalek. Festive.

Grab some books. It makes sense for these to be roughly equal in size. Also if you’ve got more space than I do, get some big hardbacks for the base and smaller ones for the middle and top. 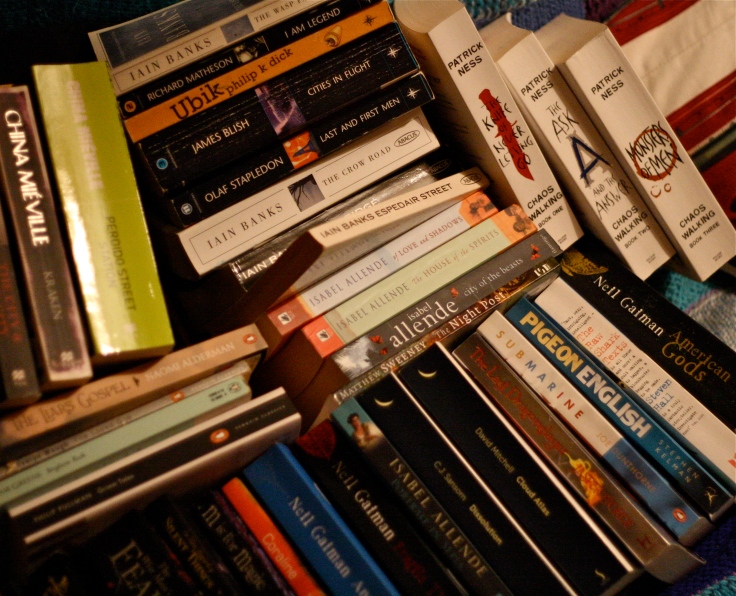 The last time I made a book tree I didn’t bother with this, but I read a tutorial somewhere this year that suggested having a core of boxes to stack your books round. I’m not sure it made a difference, but it wasn’t a hindrance either.

Start stacking your books, either around the core box or on their own if you’re feeling confident. You’ll see here I’ve got some of different thicknesses – the layers where the books are about the same thickness are definitely easier to put together and more stable.

Discover that you have two identical copies of The Restaurant at the End of the Universe. Use both. Continue stacking…

… until you’ve got something roughly the shape of a Christmas tree.

Add lights to your tree.

Find your dried fish and sit him on the top of the tree.

NB – other tree toppers are available. Top contenders in our house included Moomin, Captain Jack Sparrow, and the Eleventh Doctor. But Rudolpho Guillermo T. Fish won in the end because he looks so full of Christmas spirit. 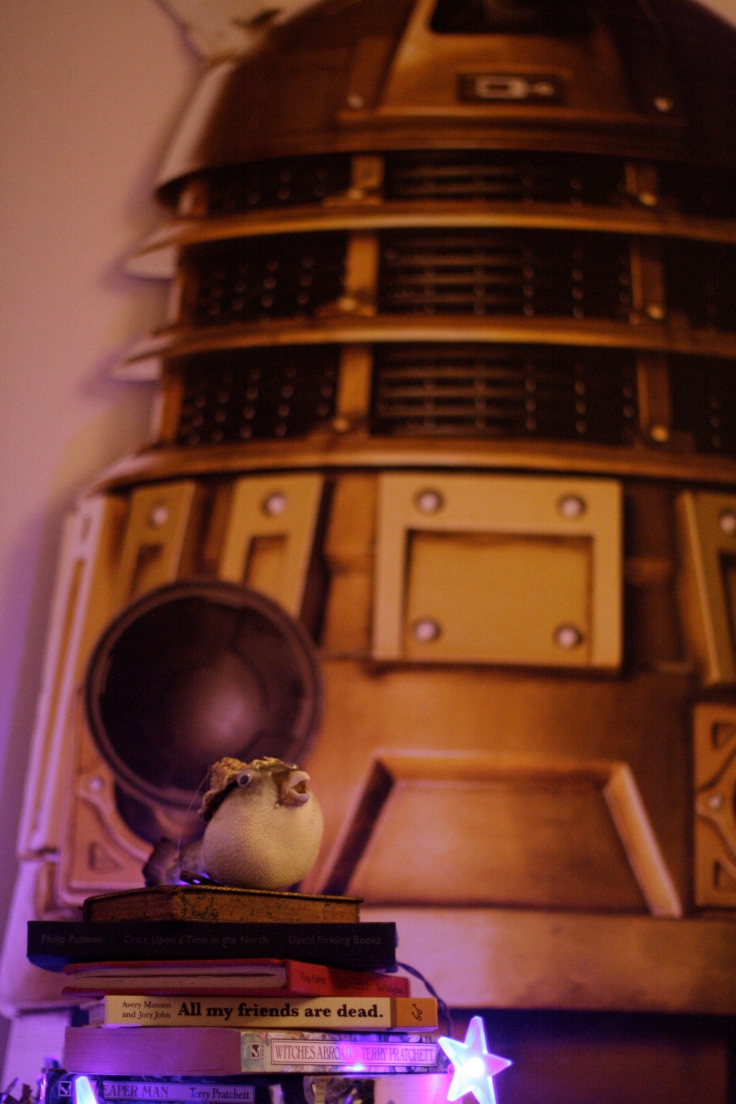 Plus he seems like the least likely of those guys to pick a fight with the dalek and ruin Christmas day. 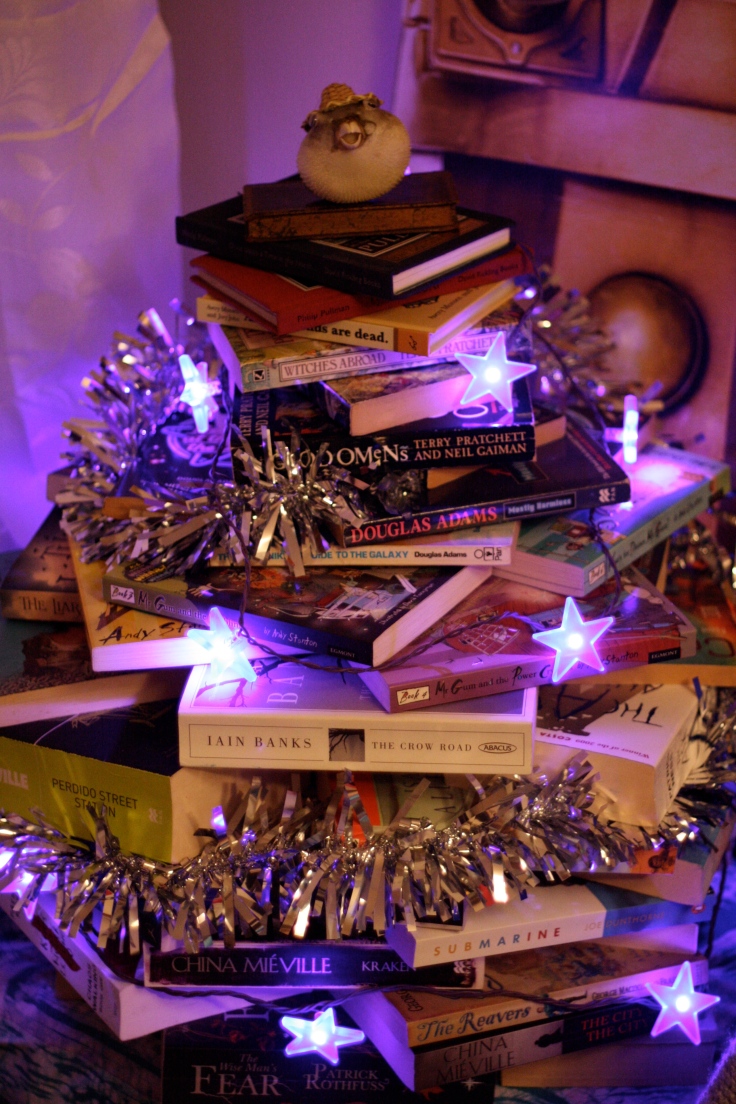 That’s it. Now you can unpack some other stuff onto the shelves where those books were previously, hooray! You can worry about where to put them in January – maybe someone will get you more new shelves as a gift.