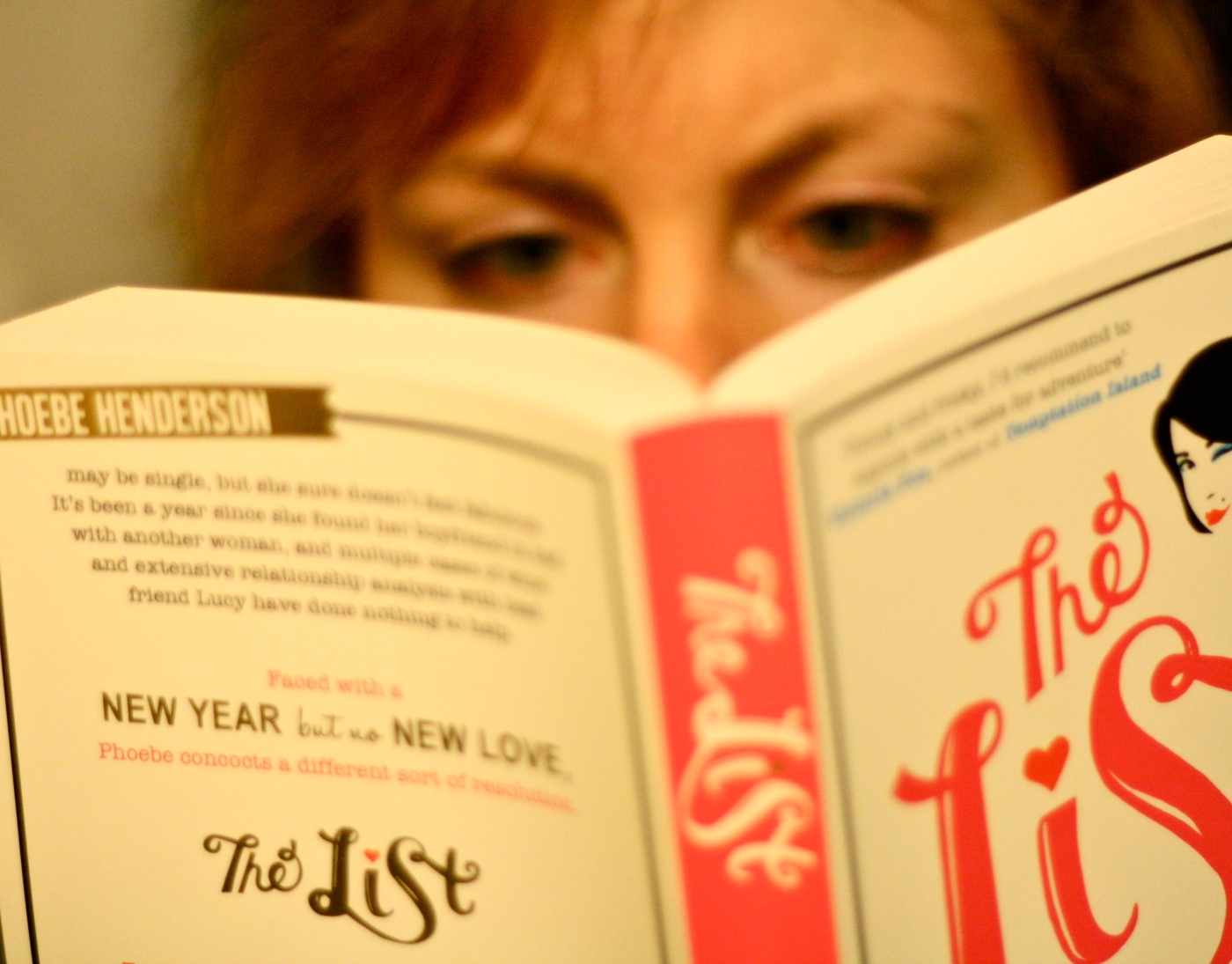 Hello, and a happy Tuesday to you!  I’m reaching out from the pit of NaNoWriMo today to host the second leg of a blog tour, how exciting.
The book on tour is The List by Joanna Bolouri.  It has nothing to do with the popular Scottish cultural magazine, and everything to do with a debut novel about a woman who makes a list of risqué New Year’s Resolutions.  *WHISPER* the list is all sex things. 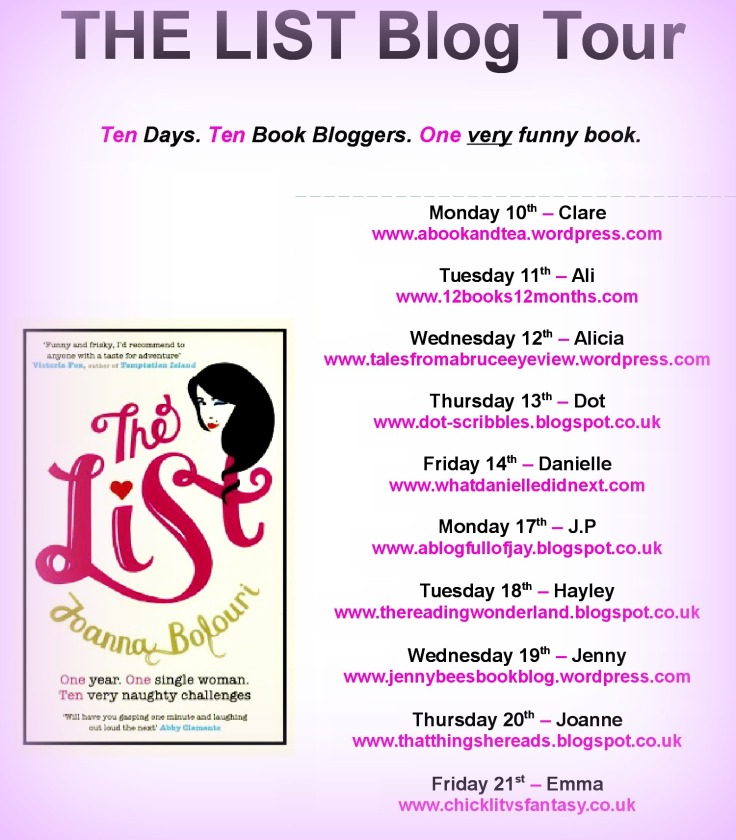 I should probably put my cards on the table at this point and confess that I don’t tend to read a lot of chick lit.  This is not a deliberate thing at all before you think I’m a terrible book snob – I just seem to gravitate more towards children’s fiction and speculative stuff. I think it’s something about the covers. However, I’ve been following Joanna Bolouri on Twitter for ages (she said creepily – join me, she’s @scribbles78) based on her credentials as a fellow sometime Hecklerspray contributor, so I knew she had a book  out – and more importantly that she’s a funny writer.
As discussed, I’m not an aficionado so I can’t say whether The List is particularly typical of the genre, which I gather tends to get a bit of a bad rap for being frivolous and full of ovaries or whatever.  What I can say is that it was a fun read with some cracking jokes in it, and there’s none of the navel gazing nonsense you might expect if your previous experience was limited to Bridget ‘for fucksake do shut up’ Jones.
Basically the premise is: main character Phoebe Henderson finds herself single on New Year’s Eve, having had a horrible break up a year before. Tired of feeling sorry for herself, she decides her New Year’s Resolution will be to make a list of ten things she’s never had the guts to try out in bed, and to do them.  Which beats the usual ‘go on a diet’ and ‘exercise more’ type suggestions. The book follows her progress throughout the year, which is a mixed bag with some very funny moments. 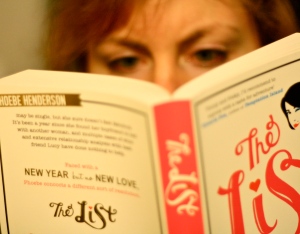 I liked the frankness of this book, the way that sex is portrayed honestly (sometimes it’s good, sometimes bad, sometimes just a bit meh), and the fact that Phoebe and her friends talk like normal humans. There were a lot of moments where I snorted or properly laughed out loud at their chat – Phoebe and Lucy comparing weird sex dreams was a particular highlight.
Phoebe I think is quite a relatable character: she is self deprecating and funny,  and occasionally she acts like an arse but doesn’t realise until later (at which point she feels bad about it).  It’s fun to watch her relationships with her friends and colleagues develop as she goes through her list, and although sometimes her lack of self awareness can feel a little frustrating you do find yourself rooting for her.
I would say The List is a good read if you want to have a giggle, or if you want to work through some sex things vicariously through someone else.  Perhaps avoid if you don’t care for frank descriptions of coitus or couthy language, though…
Still undecided? Read what Clare from ‘A Book and Tea’ made of it in her post yesterday, or follow the tour further afield – tomorrow The List visits Dot at Dot Scribbles.
The List is available to buy from all the usual suspects. If you want to go to a real shop, there’s a list of Edinburgh bookshops here.  It is of course available to buy online either as a paperback or an eBook (e.g. from Amazon UK or Amazon US). Enjoy!
Thanks to Emma Louise for coordinating this tour and to Quercus for hooking me up with a free copy of the book for review.  Follow Joanna Bolouri on Twitter @scribbles78.