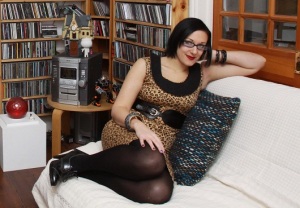 In a sort of addendum to the Book Blogger files, I spoke to freelance writer and editor of women’s writing zine For Books’ Sake Jane Bradley about gender imbalance in literature, genre snobbery and reading recommendations.

Could you describe For Books’ Sake in one sentence?

UK webzine and community promoting and celebrating writing by women.

You have a lot of contributors – does that mean you can cover everything in terms of literature or is there stuff none of you would touch?

Our strapline is ‘books by and for independent women,’ and that can mean anything from essays and analysis to horror, crime and erotica. We’re incredibly lucky to have such a broad range of brilliant contributors from all over the world, as it gives us access to specialised knowledge and subjects, from the pyschogeography of haunted houses to surrealist women writers via lesbians in corsets.

There’s no policy in terms of genres or subjects we won’t cover, but it essentially it comes down to quality and appetite – for our contributors as well as our readers. We aim to be inclusive, but we won’t cover authors and books just for the sake of it – unless we believe our readers and writers will want to read the finished feature, that’s a waste of everyone’s time.

Can anyone get involved?

You’ll have to be able to put your point across eloquently while still being entertaining and engaging – we prize ourselves on combining intelligence and irreverence – but we always love hearing from would-be contributors with something new to say. If you’ve spotted an area we’re not covering comprehensively, and reckon you could be the answer we’re after, get in touch. Whether you’re a comics buff, obsessively read autobiographies or know everything there is to know about an amazing woman writer, we want to hear from you.

What do you see as the main reasons for gender inequality in the literary community?

There is systemic, institutionalised sexism in both the publishing and media industries, and these are definitely contributing factors. Independent audits like those done by VIDA have shown beyond doubt that in terms of mainstream media coverage, we’re a long way from gender equality. Despite women reading, writing and selling more than their male counterparts, mainstream newspapers and magazines still only feature women writers in around a quarter of their book reviews, and that’s a problem. Hence the need for communities like For Books’ Sake!

Do you think recent developments in social media are likely to impact on this?

Only last week I took part in  a discussion about this very topic, organised by Nokia and LadyGeek as part of their Remarkable Women programme. Everyone involved agreed that social media has been invaluable in giving women a louder voice, allowing them dialogue and interaction with people and organisations they would otherwise have been unable to reach. Social media is a brilliant and important tool, but there needs to be action and change in other areas too.

Given the controversy last year where Polly Courtney left HarperCollins for presenting her books as Chick Lit, it seems people probably were judging her books by their cover… have you got any thoughts on this?

Loads! But it’s a complicated issue, with a lot of layers, involving the anxieties of the publishing industry, the challenges of marketing fiction by women that doesn’t fit into a clear genre category, readers’ expectations, simplistic gender sterotypes, and much more. At the time Polly Courtney was in all the headlines, I wrote about it for The Bookseller. There’s a lot more to it than that, of course, but consider that column a starting point as far as my thoughts on it all are concerned!

What are your thoughts on genre snobbery (eg the outcry last year over the BBC’s World Book Night coverage or the Booker shortlist last year was too readable)?

That’s a complicated one! It’s frustrating – and a shame – when books like Fifty Shades of Grey and Katie Price’s bonkbusters smash bestseller records, while mid-list authors with proven (albeit more modest) track records of success are being dropped by their publishers (though I understand that at the moment, many publishers are by necessity focusing on the balance sheet figures). That said, I believe those books are a gateway drug; if initiatives like World Book Night get people reading, that’s brilliant. If those readers then go on to explore other books as a result, so much the better. I am unashamedly in love with the Harry Potter books, so I can’t claim to be much of a literary snob!

Can you tell me about a book you wish more people had read?

It won the National Book Award, so it’s far from obscure, but I’m still obsessed with Just Kids by Patti Smith, and recommend it to everyone. Memoirs of a Dutiful Daughter by Simone de Beauvoir is another long-term favourite too. More recently, I’ve loved Diving Belles by Lucy Wood, Why Be Happy When You Can Be Normal? by Jeanette Winterson and Weirdo by Cathi Unsworth. I’m   looking forward to getting my mitts on a copy of A Little F’d Up by Julie Zeilinger, and my favourite novel so far this year is The Panopticon by Jenni Fagan.

Any exciting projects forthcoming (or on-going)?

Hell yeah. Earlier this year, we released the first For Books’ Sake book, a short story anthology published by and in collaboration with Pulp Press. Short Stack is a collection of the best new pulp fiction written by women, and it was such an honour to work with such talented writers that we’re still psyched about the finished product – we’re like proud parents about it! So much so that we’re about to do it all again with our next publishing project, which we can’t wait to tell everyone about. We’ll be announcing more about that in the next couple of weeks, so keep an eye on the site for more info, or make sure you’re following us on Twitter and Facebook.

One thought on “Interview: For Books’ Sake Jane Bradley”