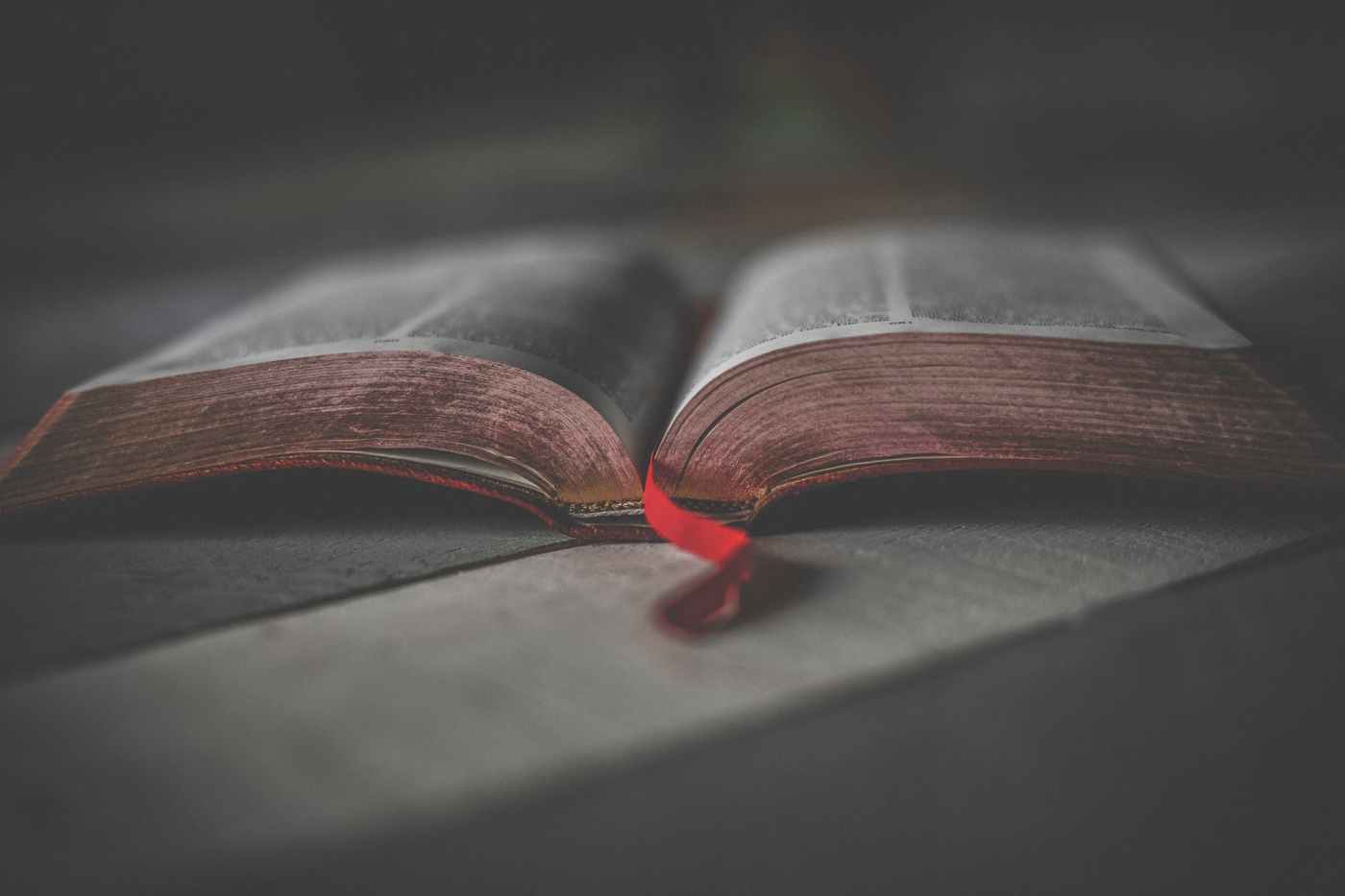 As it’s nearly time for the next instalment of these posts, I thought I’d better finish the one that’s been in my drafts and almost-but-not-quite-complete since June. Lockdown was not great for my concentration.

This reimagines the Gospels of Jesus if they were told by the Jewish characters who knew him as Yehoshuah. If like me you are fairly familiar with the descriptions by Matthew, Mark, Luke and John of Jesus the son of God cutting about working miracles, this is an interesting flip side looking at Yehoshuah the man from the perspective of Miryam (Mary, his mother), Judas, Caiaphas and Barabbas.

There’s some interesting historic detail about the period and I found it quite a refreshing take, although I should perhaps point out that I speak as an atheist who doesn’t know masses about Judaism. It’s quite hard going at times though, in that the subject matter isn’t particularly happy and the characters are realistic, flawed, and not about to save the day.

Between the ages of about 9 and 11 I devoured Sweet Valley High, Babysitter’s Club, Nancy Drew and Point Horror books from my local library. These were the precursors to modern YA, they were churned out with no real care, and revisiting them via Paperback Crush was hilarious and nostaligic. I enjoyed this a lot, it made me laugh out loud and several sections were read out to my husband too. Also now keen to find the book about the Wakefield twins hunting werewolves in London.

This is essentially Pride and Prejudice but updated and set in modern day Canada with Muslim protagonists. I enjoyed it a lot. I did in fact stay up til 2am to finish it.

Ayesha Shamsi is a poet, Khalid Mirza is a software developer, he comes from a more conservative background than her and they clash due to little miscommunications and different interpretations of their faith. But in fact they have a lot in common, as well as something to teach one another, and they gradually become friends.

The book brings in themes of discrimination, identity, class and faith in a really engaging and readable way and you are absolutely rooting for them throughout.

I Know Why the Caged Bird Sings – Maya Angelou

I’ve been meaning to read this for ages, of course. Sent away by their parents to live with their grandmother and uncle in a small Southern town, Maya and Bailey experience abandonment and racism and a whole lot of other unhappiness.

Now, the first in a seven part memoir involving horrible trauma is not the escapism you might be looking for during this time of global crisis, but it’s fascinating and emotional and beautifully written. Plus the ending is presented in a way that pretty much demands you grab a copy of Gather Together In My Name to find out what happens next. So that’s on the list now too.

This series of short stories and poems gives a snapshot of current LGBTQI+ Scottish writing, which is in rude health if you ask me. I really liked this, the stories in particular. There isn’t a bad or boring one in here which, let’s be honest, is unusual. Tales that particularly stuck out for me were Jellyfish by Jane Flett, Borrowed Trouble by Lori England, Smudged by Sandra Alland, and Mr Fox by Heather Parry. If you’re in a position to support a small press at the moment I’d encourage you to buy this book from the 404 Ink shop.

Can We All Be Feminists? – ed. June Eric-Udorie

This is a collection of seventeen essays looking at why so many people can’t really identify with feminism, and the answer in short is that it’s really not very inclusive.

The book is edited by June Eric-Udorie who writes in the intro that as a young journalist her experience of interacting with and being edited by white feminist editors was that they really didn’t care about Black, queer or disabled women. The issues ‘feminists’ were campaigning about pretty much only impacted on white, middle class, heterosexual, able bodied women.

The book explains how different identities intersect, highlights the ways mainstream feminism fails people, and shows us how to do better. A very important and timely read, highly recommend – so much so I can’t include a picture of my copy because I immediately leant it to my sister to read.

When I was at the WriteMentor weekend workshops at the end of February, we had a conversation about compelling opening lines. One of the other attendees said hers was from Girl Meets Boy by Ali Smith. It goes, ” ‘Let me tell you about when I was a girl,’ my grandfather says.”

It’s been on my shelf for around 10 years after picking it up in a Newington charity shop so after that recommendation I bumped it up the pile. The book is a retelling of the myth of Iphis, one of Ovid’s metamorphosis stories (of which I have heard but never actually been bothered to read). Iphis is a girl brought up as a boy, who falls in love with a girl and wants to marry her and the gods intervene because they’re feeling benevolent that day.

The stated aim of this anthology of essays and poems is to reclaim and redefine what it means to be working class. There is a notion I guess that the British working class can’t be writers because they’re all too busy doing ‘proper’ jobs, whatever those are. Welding, maybe.

There are a lot of interesting takes in the book and some familiar ones. The Dark Hole of the Head by Jill Dawson echoes a story I’ve read a few times about publishing and its attitude to class. In Little Boxes, Stuart Maconie writes about a council estate in Wigan where all the streets are named after poets (although in fairness I only knew about that because Lemn Sissay also talked about it in his memoir, My Name Is Why). In Steve, Daljit Nagra describes several people I went to school with.

Less familiar were stories like Loretta Ramkissoon’s Which Floor?, which opens by explaining that growing up in her tower block, if you die at home there, you know you’re going to leave the world upright because there isn’t room in the lift for a stretcher.

What I liked most about this were the vignettes giving snapshots of lives and worldviews. Misspent Youth by Emma Purshouse, about the great leveller that for her was being better than the boys at pool. Play by Adam Sharp about being the child of heroin addicts. Detail by Julie Noble which is about coming out the other side of an awful divorce where money and privilege has been used against you at every turn.

The Wizards of Once – Cressida Cowell

Ok so this is a jolly romp of the sort you’d expect from Cressida Cowell. Once there were Wizards, who were Magic, and Warriors, who were not. Until there was Xar, non-magical son of a wizard and Wish, daughter of a warrior queen who clearly (but spoilers if you are a small child reading this) is.

I was a bit hamstrung by my new noticing of fatphobia in basically all children’s literature here. It featured early on in the curse song of the sprites (who, whilst annoying, are coded as lovable scamps) and in a description of an unlikeable character (Ranter, whose whole personality is to be large and pompous). But it wasn’t seeded throughout the entire narrative, which overall is a nice book with some good characters.

I read this because I was seeing a lot of stuff on social media about defunding the police and I wanted to understand the arguments around that idea.

This book looks at the US system and I’m not sure of the similarities between it and the UK, but there are some compelling arguments in here. Davis talks about the history of prisons in the US and how they were set up to mirror a lot of the structure around slavery, explains how they’ve become really important for the economy because prisoners make stuff that gets sold, and she discusses the way they are used to ‘solve’ social problems.

“There are currently more people with mental and emotional disorders in jails and prisons than in mental institutions,” she points out – but what if the money put into policing and prisons was used for social care and programmes to help people out of poverty, addiction and so on?

It’s a fascinating book and quite a quick one to read, so I’d thoroughly recommend it as an introduction to this conversation and as real food for thought.

I listened to this on Audible having been sold pretty instantly by the blurb from Charlie Stross which basically says “lesbian necromancers in space!” I began it near the start of lockdown when my concentration was pretty poor, and to begin with found myself drifting off a little – but I think possibly the book just took a bit of time to find its feet because once I got into it I was hooked.

There’s a gothic mystery element to this one in addition to the sci-fi setting, and whilst I think it was a little bit uneven there were some good characters and jokes and some excellent language. One character’s “breath sounded like custard in a ventilator” which I found quite a pleasingly weird description. Certainly interested in reading more by Tamsyn Muir at some point.

So You Want to Talk About Race – Ijeoma Oluo

I’ve followed Ijeoma Oluo on Instagram for a while where she’s very insightful and also posts images of amazing eye make up (I don’t wear a lot of makeup really but I do like looking at other people’s photos of it, particularly when it’s really colourful or glittery – it’s no different to any of the other art accounts I follow really).

This book talks about the racial landscape in America. It’s part memoir and partly a really practical guide to talking about race covering privilege, intersectionality, police brutality, cultural appropriation, microaggressions, the model minority and anger. Whilst some of the cultural touchstones are slightly unfamiliar to me as a Scottish person, there’s masses in here to take on board for readers in the UK and it’s an important read.

This is a small collection of fantastical short stories featuring trans protagonists. As with any collection, some of these a little bit hit and miss – it depends what you’re after in a short story. Certainly worth a look though. One of the nice things is that whilst all the protagonists are transgender women, a lot of the stories aren’t particularly about that.

The clear stand out for me was Dreamborn by Kylie Ariel Bemis which features a fully formed dystopian world and felt like the start of a series N.K.Jemisin might write. I also liked Freeing the Bitch by Ellen Mellor because it was fun, and The Vixen, With Death Pursuing by Izzy Wasserstein because it was quite odd and magical.