NaNoWriMo: Where Did It All Go Wrong 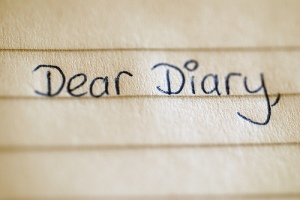 This weekend I started a journal documenting my last-ditch attempts to catch up with NaNo.  This is how it went:

Saturday November 26, 13.40.  I am sitting in our kitchen/living room listening to the hum of the washing machine and the wind outside.  The enormous evergreen in the garden next door waves frantically at me and I wonder how much damage it would do if the wind was strong enough to knock it down – it’s as tall as this three story tenement building.

I should not be thinking about the tree, of course.  I should be catching up on my NaNoWriMo story, which sits at 35, 962 words after a week of work, hanging around an industrial estate in Dundee, applications for funding and writing jobs, and last night an unexpected trip to everyone’s favourite grotty rock club in the cowgate.  As I sat in this very same seat at 4am, scarfing down chunion crisps from the garage, my book was the last thing on my mind.

Time to Write or Die.

14.28 820 words in 15 minutes and my shoulder blades are killing me after holding myself in the same position for so long.  I might have a coffee and a stretch.  My sister, who is staying with us for a while, just returned from the Botanic Gardens saying they had to close it due to high winds.  Maybe that tree will fall after all… but looking at the wind direction it’ll land away from our flat rather than smashing through the window and hitting me in the face, so that’s a plus.

14.39 Sister and her friend having discussion about Peter Hitchens and Richard Dawkins. You’d be surprised how often this happens in my house.  Can’t think of a way of involving it in my story, though.

14.50 Procrastinating on Twitter and considering making a sandwich.  NO ONE SHOULD LIVE AT THIS SPEED.

16.34 May have spent the last hour and a half doing Christmas shopping online.  It was a good sandwich, though.  It is now dark outside, and I am still in my pyjamas/writing uniform.

17.27 I’ve only done 717 words in my last chunk of 15 minutes.  Fail. This is mainly because my flatmate came home in the middle and talked to me about evaporated milk.

17.48 Have managed to break 40k.  There is a lot of plotting in there and I have decided to totally change one guy’s characterization.  Four days before finish is arguably not the best time to do this, but such is NaNo.

More excitingly, I only need 3,294 more words before I am back on target.

Spend the afternoon catching up with one of my friends at her new place.  Have contracted severe new flat envy.  I want a kitchen that is separate from the living room pretty bad, but our lease on this place is till the end of June next year.  Woe.  #firstworldproblems

18.30 Back home from friend’s house.  Make tea and play a prodigious amount of Tetris.

19.00 Beat my personal score on the ‘marathon’ setting with 174,214 points.  Imagine I had that many words in my novel instead, what a glorious day that would be.

21.20 Go to the garage for some banana milk, which is of course the best sort of milk.  Also take my camera to get some night time reflection pictures.  A man walking his dog thinks I am a proper nutter, photographing the ground in the dark. 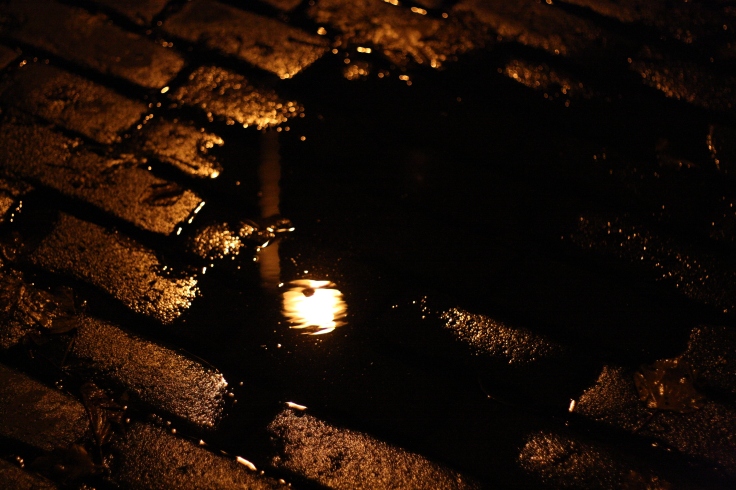 22.05 Half heartedly try to write with the laptop on my knees in front of the TV.  This is obviously a stupid idea but I do it anyway.

23.15 Took me this length of time to manage a thousand words.  Must try harder.  Maybe tomorrow…

As you can probably tell from your computer clock, it is now Monday.  I have 8,981 words to go.  Technically though it is my official writing day rather than the weekend (theoretically I temp 4 days a week and write for 1, although to be honest there’s a lot of writing around the edges so it all sort of melds into one back pain inducing mess), so I am optimistic I’ll manage to churn out a decent amount.  Aiming for about 5k today so I’ll need just under 2k tomorrow and Wednesday, although a lot of the content still doesn’t really feel very book like.  It will all contribute to making the actual first draft the most thought out thing I’ve written though, which is only fitting for litfic.

2 thoughts on “NaNoWriMo: Where Did It All Go Wrong”