For those who are new to The Great Kindle Challenge, I thought I would give a quick overview of how it all began before drawing my inevitable conclusions.  Most of this is copied and pasted from Wikipedia, as you can probably tell. 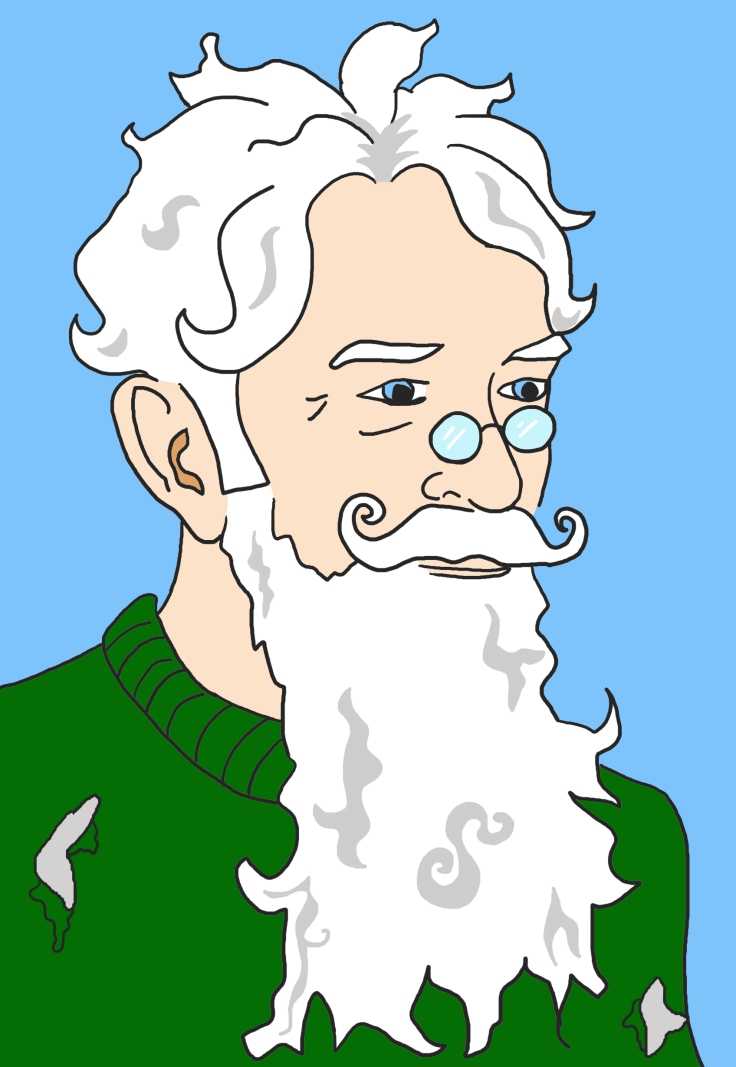 Once Upon A Time there was an eccentric gent who went by the name of Professor Amazon.  Like all unusual academics, he was the owner of an enormous raggle taggle white beard, and his moustache was a champion of the genre.  He wore spectacles, because genius tends to make one’s eyes a little weak, and was generally to be seen sporting the very latest in holey old jeans and slightly less holey jumpers.

Professor Amazon was the older brother of a younger sister, whose was called Praline Amazon because their parents were having an off day when they named her.  Praline had spent most of her life working very hard to show the world that she was more than just a silly name, and she founded an internet business that you may have heard of – it was called Amazon.

One day, Praline called her brother on the telephone and said to him, “Professor Amazon, I want you to invent me a thing.”

“No problem,” he said, but only because he liked his sister and knew she wouldn’t make him invent something rubbish.  It is rarely wise to agree to a demand like ‘build me a thing’ without first obtaining some further information as to the specifications and purpose of said thing, because you don’t know what it is you’re going to have to do.

As it happened, Praline didn’t want her brother to invent a new type of bomb or a serum for making cats go bald or anything unsavoury like that – she wanted him to come up with a gadget.

“Sort of an iPod for books,” she said, “so people can take all their books with them wherever they go.  It’ll be ‘mazing!  Think of all the literacy that could happen as a result!”

And that is how Professor Amazon came to invent the Kindle.

Having done this, the Amazons thought they probably ought to get people to test the thing out and see what people made of the new invention.  They made up several boxes of kindles and sent them to friends in all the countries in the world.  Helga from Germany sent hers back, but lots of people seemed to quite like them – none more so than Viking Bob, who lived in Scotland.

“This is great,” wrote Viking Bob in a tweet to Professor Amazon, “when are they going to be commercially available?”

“Two years ago,” Professor Amazon tweeted back, because he had sent the British kindle shipment by carrier pigeon, which was very slow and stopped on a passing porpoise to have a rest which caused all kinds of delays.

Viking Bob thought it would be good to tell people about the kindle, which was really a very cleverly made device and would in all likelihood revolutionise the reading experience.  But he met with quite a lot of resistance from people who lived in the past and thought paper books were the best.  He decided to get an impartial observer to try out the kindle and tell people that it was actually pretty good.

This brings us up to the present for, as some of you may already know, I was that impartial observer.

I quickly learned some lessons about Professor Amazon’s invention, and I wrote them down so I wouldn’t forget:

But what did I make of it once the education was through?  As a lifelong lover of paper books, did my fortnight with an eReader inspire me to ditch them all and go electronic?

Well no it didn’t, but there again I don’t think anyone with a kindle has ditched paper entirely.  It’s a really great bit of kit and I can envision owning one at some stage in my life, but it wasn’t so earth shattering that I’m going to rush out and get one now.  I’ve got far too many books in the house to justify that kind of behaviour.

The kindle is well designed, easy to use, and I really like the function that lets you download book samples.  I suspect it is also pretty cost effective for people who tend to buy books new, because the electronic versions are cheaper – but as a charity shop aficionado I think if I had one I would wind up spending lots more than I already do.

It’s much nicer to read from than a computer screen or phone, and in fact when you’re actually reading something you forget it isn’t a book that you’re holding which is clever.  But the poor rendering of photos and illustrations bothers me, and I still prefer the aesthetic and feel of a real live book in my hands.

In addition, having skimmed through a newspaper on there, I would say they have a long way to go before that particular function trumps reading a newspaper online. That probably has to do with the fact I am used to reading a lot of news on the net where there is multimedia and colour involved – that isn’t something kindle can reproduce yet.

I was sent a quote by my mum (a proud kindle owner) which sums it up quite well, I think.