My last email from Andrew of Far too Snug and Twitter fame.  You may remember the other day we spoke of what book shops do with genre fiction and where I would like to be shelved if I was a published author.

I think when you are editing the 12 books you should insert a recurring character. I always meant to do that with a guy called ‘Mister Grumpy’ but I’ve never quite got round to it. This is mainly because when you are trying to sell an individual story to lots of different magazines it doesn’t really make any sense to have a character whose presence is explained in another story.

I think most people write based on an initial idea that develops and snowballs. It isn’t a conscious effort on most people’s parts to think ‘Today I will write a space opera’. However your interests will certainly shape the kind of ideas you have. In your case you have had to do research into the genres you haven’t been as familiar with as others, yes?

Do you feel that writing lots of different genres will actually sharpen your voice, as you will have to find your way of writing each one?

Maybe when you’re published you find yourself having to write a certain way. Madeleine Wickham wrote her  books before finding success with the Shopaholic series under the Sophie Kinsella pen-name, but the latter’s success allowed her to return to her initial interest in writing more Wodehouse-esque novels (which, incidentally, got described as ‘Literary Fiction’ on World Book Night. They seem more like comedies based on the descriptions though).

For example, I have recently read The City and The City by China Mieville and The Raw Shark Texts by Steven Hall. Mieville’s previous books have been fantasy/steampunk, so City… was shelved in that section. Raw Shark… was Hall’s first book, and is shelved in Fiction, but there’s certainly overlap between the two to my mind involving conceptual space and the human mind’s compartmentalising of things. Either could be shelved in the other’s section.

Both are very good, by the by.

With that in mind, would you rather be a popular fantasy author who moved into other territories but still got shelved in the same place, or a critically acclaimed Fiction author who dabbles in other genres? 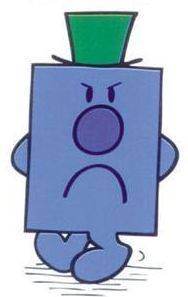 I think that writing in different genres will challenge me and develop my voice in other ways, yes.  I hope it does, anyway.  And of course the more research I do the more likely that is to happen, because reading other books in the genre gives you an understanding of what works, what doesn’t; what has already been done to death and what might benefit from a different spin being put on it.  The main thing that’s come out of this so far is that I need to spend more time reading and absorbing other people’s stories – I perhaps don’t yet know enough to be as clever about things as Dianna Wynne Jones or Neil Gaiman, but I’ll get there!

I think I’d rather be popular than critically acclaimed, to be honest.  I would like to think people were reading my books because they enjoyed them, rather than because they’d been told by a panel of self appointed experts that it was clever or deep.

I don’t think I’m in too much danger of being critically acclaimed though, because my sense of humour comes through in everything I write and unfortunately I do tend towards the silly.  I would edit things out that looked in danger of becoming too serious or po-faced.  That isn’t to say that I don’t write well or have interesting ideas… but I’d rather be Pratchett than Tolkein.  Although if I come out with anything as good as China Mieville does I’ll be insufferably smug.

I do sort of think I’d get annoyed if I got pigeon holed in one genre, but there again it would depend on what that genre was.  I can’t envision writing the same character for 30 crime books, like Ian Rankin or MC Beaton – but if I was writing fantasy, the nature of the genre might well involve overlapping without having to focus on the same protagonist every time.

Freedom to write and do different things is always nice, because if you open yourself up to new experiences it can give you other viewpoints and ideas that work quite well in separate contexts.  As well as writing fiction I do local news journalism, cultural comment and reviews, and the odd comic or illustration; then when I return to 12 books I’ve got different ideas and perspectives to filter in there on top of specific genre research.  However, if I had a character like Harry Potter or Rebus that people really loved and wanted to hear more about, I can’t imagine that I would say no!

In summary – I would like to be popular and able to dabble in a few different genres, but my main hope is that people enjoy reading what I write.  Preferably enough that I can make a living out of it, one day…